Aboriginal and Torres Strait Islander readers are advised that the following story may contain names and images of people who have died.

Kev Carmody is a hugely influential and revered First Nations singer-songwriter. A Queensland Murri, Carmody was born in Cairns to an Irish-Australian father and Aboriginal mother in 1946 and grew up on the family’s cattle station in South East Queensland. In line with Government policy at the time, he was taken from his family as a 10-year-old and sent to a Catholic boarding school in Toowoomba. His story is etched in his lyrics. Carmody’s maternal heritage is Bundjalung country in northern New South Wales. His indigenous grandfather was a Lama Lama man from Cape York.

When Kev Carmody released his first album, Pillars of Society, the oppression and injustice of a life lived under systemic racism poured from every word. It was 1988. White Australia was immersed in a year-long party celebrating the 200th anniversary of the First Fleet sailing into Sydney Cove. 200 years of First Nations dispossession. Thousands of people took to the streets in Sydney in protest, and solidarity. Kev Carmody had lived it.

Born in 1946, Kev was in his early 40’s when he made his musical debut. His scorching well-travelled lyrics carried the deep wounds of a child taken from his parents as a young boy, the cultural dislocation of a Catholic boarding school and the determined grit of a drover who toughed it out on the stock routes of rural Queensland for almost two decades.

Kev already had a doctorate in life, but had inked it academically by embarking on a PhD in Australian history in his 30’s and opted to present his research accompanied by a guitar. The songs, by the time they appeared on that first album, played like fully formed narratives of 40 years of seething observation. Fuelled by an environment of resistance to a particularly oppressive Queensland state government under Premier Joh Bjelke-Petersen, Carmody’s lyrical lens was scathing with songs like ‘Black Deaths in Custody’ and ‘Attack Attack’. But nothing matched the potency of the leading single, ‘Thou Shalt Not Steal’. In the opening 40 seconds, the brutal theft of 40,000+ years of the world’s oldest living culture is stripped bare, with a clarity so precise and an anger so searing it remains one of the greatest protest songs in Australian music history. 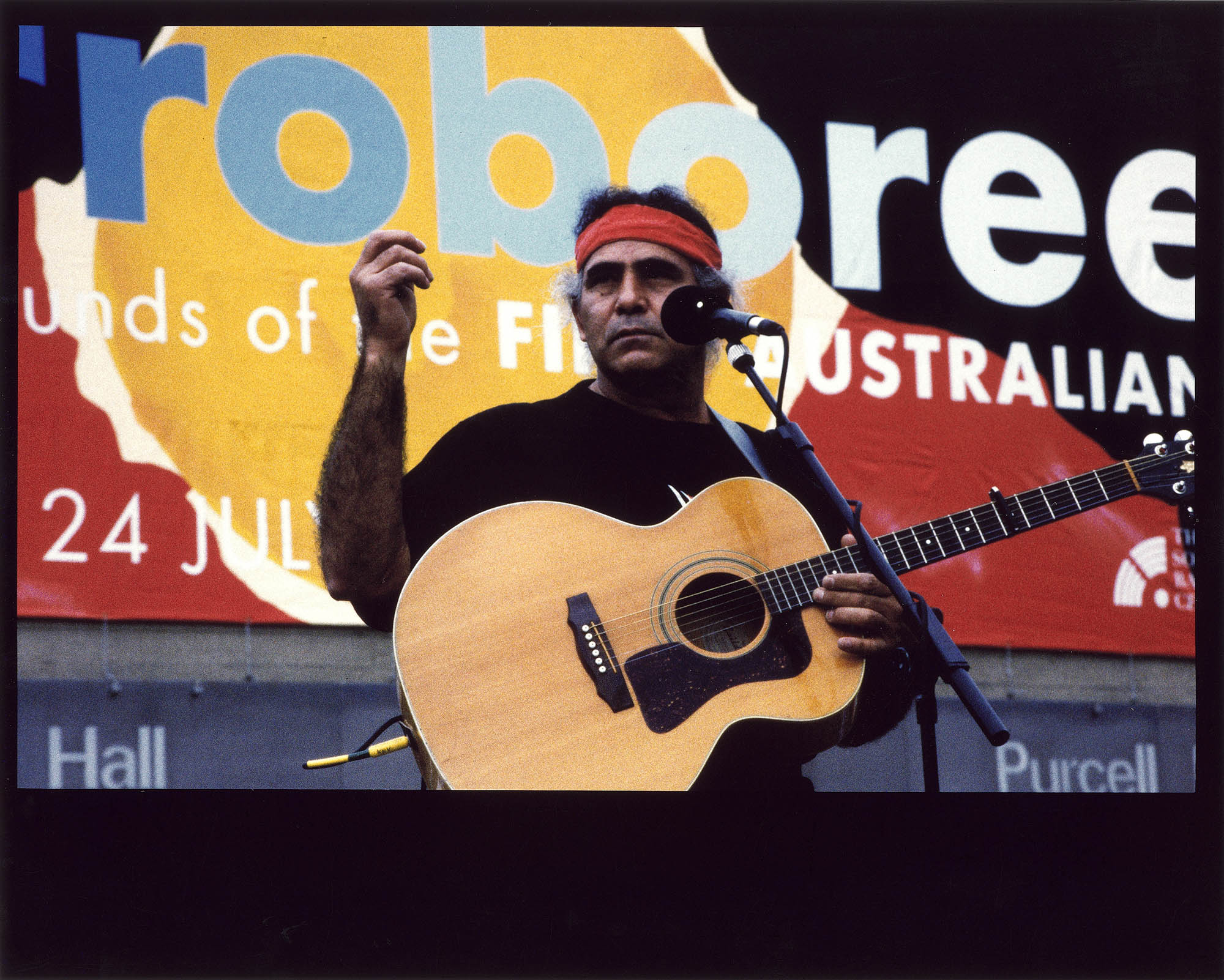 "We’re gonna civilize your Black barbaric lives and teach you how to kneel,
But your history couldn’t hide the genocide, the hypocrisy to us was real
’Cause your Jesus said you’re supposed to give the oppressed a better deal,
We say to you yes whiteman thou shalt not steal, oh ya our land you’d better heal."
©Kev Carmody, ‘Thou Shalt Not Steal’ [Pillars of Society, 1988]

Interviewed on triple j in 1989 about the impact of that song and broader role of music and social change, Kev spoke of 1988 as a turning point for Australia to recognise its black history.

“We were put into the problem category for so long that they didn’t recognise that they were the ones that created the problem. We weren’t the problem, they were, and in ’88, with the big protest march in Sydney and the tremendous cohesion and solidarity from black and white, the issue was brought to the fore.”

Carmody went on to explain that it was through music that the message had been carried by First Nations artists like No Fixed Address, Warumpi Band and Coloured Stone who paved the way for others to carry the baton, and build bridges between black and white Australia.

“The music’s always been there. There was always tons of music around any campfire or any Murri household. There was always music there, but it’s just that we were given the opportunity with airplay and people said ‘Yes, they’ve got something to say.’”*

Carmody became a fixture of Rock Against Racism concerts in Sydney in the late 80’s, his performances part of a call to arms to find common ground through music. Amongst the many non-indigenous artists on those line-ups was Paul Kelly, and the pair became firm friends. Kelly’s then bandmate, the late Steve Connolly, produced Kev’s follow up album, Eulogy (For a Black Person). It would cement a friendship and a creative partnership between Carmody and Kelly that produced one of Australian music’s most potent anthems for reconciliation, ‘From Little Things Big Things Grow’.

Written about the famed Gurindji cattle-workers strike of the 1960’s, the song tells the story of Vincent Lingiari leading a walk-off over unpaid wages at Wave Hill Cattle Station in the Northern Territory. But it became so much more. It was a pivotal moment in the land rights movement. The Gurindji were among the first to regain ownership of their ancestral lands. As a fellow stockman, Carmody embodied their struggle.

Released on Carmody’s 1993 album, Bloodlines, the sentiment of that song would also come to reflect the trajectory of Carmody’s career. As the song lines of protest sang up from the land, the impact of Carmody’s own work slowly gained momentum. But he remained largely on the fringe of mainstream recognition. 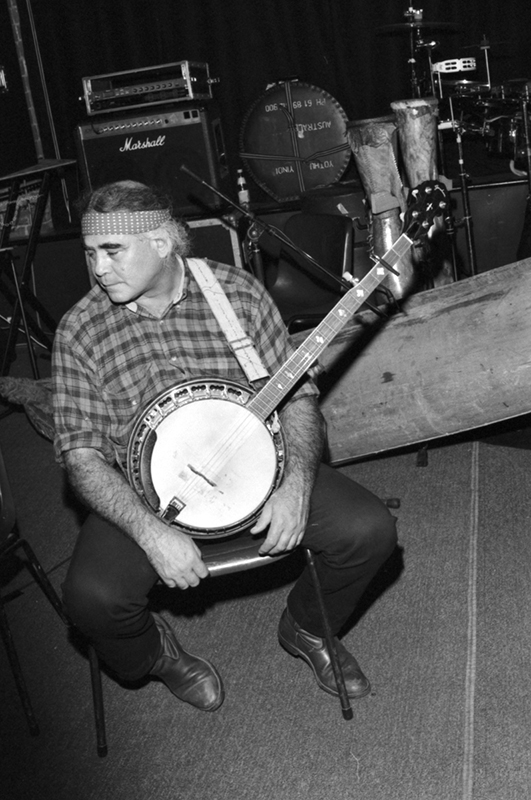 It would take a tribute album featuring some of Australia’s biggest names performing his songs, and a concert at the State Theatre in Sydney, for a wider audience to know his name. The album, released in 2007, featured the likes of Archie Roach, Troy Cassar-Daley, Missy Higgins, Dan Sultan, Tex Perkins and Clare Bowditch. Produced by long-time collaborator Paul Kelly, the album took its title from another of Carmody’s signature tunes, ‘Cannot Buy My Soul’.

In a television feature on the project for ABC TV’s 7.30 Report Paul Kelly explained: “Right from the start, I wanted to get really well-known artists doing his songs.” Performer Clare Bowditch embraced the opportunity to shine a light on Carmody’s music: “It’s a body of work that’s carried generations of stories and the thought of those stories being sung again and sung in a new way and heard by a new audience, that’s really exciting stuff.”

With his trademark humility and optimism, Carmody reflected on the scale of the production: “The calibre of those musicians for a start is just phenomenal. This is a collective of musos getting together and we’re putting on not just Kev Carmody stuff, this is for everybody.”

Just like his most famous co-written song, the ripples continued. Driven largely by Paul Kelly’s determination to enshrine Carmody’s songs into the mainstream musical lexicon, Cannot Buy My Soul volumes 2 and 3 have broadened the reach, and appeal, of Carmody’s work. With high-profile artists as varied as Courtney Barnett, Jimmy Barnes, Kasey Chambers, Mo’Ju, Electric Fields, Alice Skye, Trials and Kate Miller-Heidke all recording versions of his now iconic discography.

A revered performer and storyteller, Kev Carmody is one of the most important singer-songwriters in Australian music history. Once described by Rolling Stone Magazine as Australia’s ‘Black Bob Dylan’, Carmody told ABC TV’s 7.30 Report: “When you make that comparison with Bob, he was singing in some ways about a context that he saw. It is a different thing, though, to live the reality, to actually cut the cane, you know, to actually lump the bags, to actually be confronted on a daily basis with that racism.”

The Australian Music Vault is proud to honour the achievements of the 2021 National Indigenous Music Awards (NIMA) Hall of Fame inductee, Kev Carmody. The NIMAs are recognised as Australia’s most prominent showcase of Indigenous Australian music celebrating the achievements of both emerging and established artists. This year’s event will be broadcast live on Triple j, Double J, triple j Unearthed and via the National Indigenous Radio Service from 5-7pm AEDT on Sunday 14 November, 2021.

Tracee Hutchison
Tracee Hutchison is an award-winning broadcaster, journalist, TV producer, author and creative industries executive who has worked at the highest level in Australian and international media for over 30 years. Her high-profile on-air roles include triple j, ABC TV 7.30 Report, Radio Australia, co-host DIG TV with James Reyne and long-term broadcaster at Melbourne’s iconic community radio station, 3RRR. She is the author of the Australian music anthology, Your Name’s on the Door: 10 Years of Australian Music based on a triple j radio series she presented about Australian music in the 1980’s and is the subject of the 1990’s power-pop song, ‘Tracee Lee’ by The Chevelles.

*Excerpts from Your Name’s on the Door: 10 Years of Australian Music, by Tracee Hutchison (ABC Books/1992) based on a 1989 triple j radio series, presented by Tracee Hutchison, produced by Daniel Driscoll. All other quotes within this article are drawn from interviews with the author.

Arts Centre Melbourne acknowledges the traditional owners of the land on which we stand, the Wurundjeri Woi Wurrung people, and pays respect to their Elders, past and present.