The Wild One - Johnny O'Keefe

July 2020 marks the 62nd anniversary of the release of one of rock ‘n’ roll’s most iconic songs, ‘Wild One’.

First performed by Johnny O’Keefe and the Dee Jays in 1958, ‘Wild One’ became the first Australian-penned rock ‘n’ roll song to enter the Australian Top 40 charts, cementing the popularity of the genre in Australia. The oft-covered song has created an enduring world-wide legacy that has transcended this original recording.

Johnny O’Keefe was Australia’s first genuine rock ‘n’ roll star. Cocky, loud and energetic, JOK was also a charismatic and fiercely ambitious showman whose bad boy antics involving sex, drugs and fast cars were the stuff of parents’ nightmares. O’Keefe began his career as a Johnny Ray impersonator in 1953 but was inspired to pursue a career in rock ‘n’ roll after seeing Bill Haley and his Comets performing 'Rock Around the Clock' in the 1955 film Blackboard Jungle. In 1956, O’Keefe and friend Dave Owens formed one of Australia’s first rock ‘n’ roll bands, The Dee Jays. The following year they released ‘You Hit The Wrong Note Billygoat,’ written by Bill Haley. Although not a hit, the song linked O’Keefe’s name with Billy Haley and legendary concert promoter Lee Gordon who would become pivotal in making O’Keefe a star. O’Keefe help to build the local rock ‘n’ roll scene in Sydney promoting performances at local dance halls across the city before achieving national prominence in 1957 as the first Australian acts to be booked on American-born Australian-based promoter Lee Gordon’s “Big Show,” where they played with Little Richard, Gene Vincent, Eddie Cochran and Jerry Lee Lewis.

In 1957, while Johnny O’Keefe and The Dee Jays were playing a gig in Newtown, Sydney, a brawl broke out between their audience and attendees at a wedding that was happening downstairs at the venue, forcing them to call it quits early. Johnny Greenan and Dave Owens went home and started writing a song about the experience, called ‘Wild One.’ The next day they showed it to Johnny O'Keefe and it became a part of their live shows. On 5 July 1958, Johnny O’Keefe and The Dee Jays released “Shakin’ At The Stadium,” on Festival Records which featured the single ‘Wild One’. O’Keefe’s frenetic and charismatic live performances of the song, coupled with his outrageous stage wardrobe meant he became to be known as the ‘Wild One’ – a nickname that would stick with him for the rest of his life. 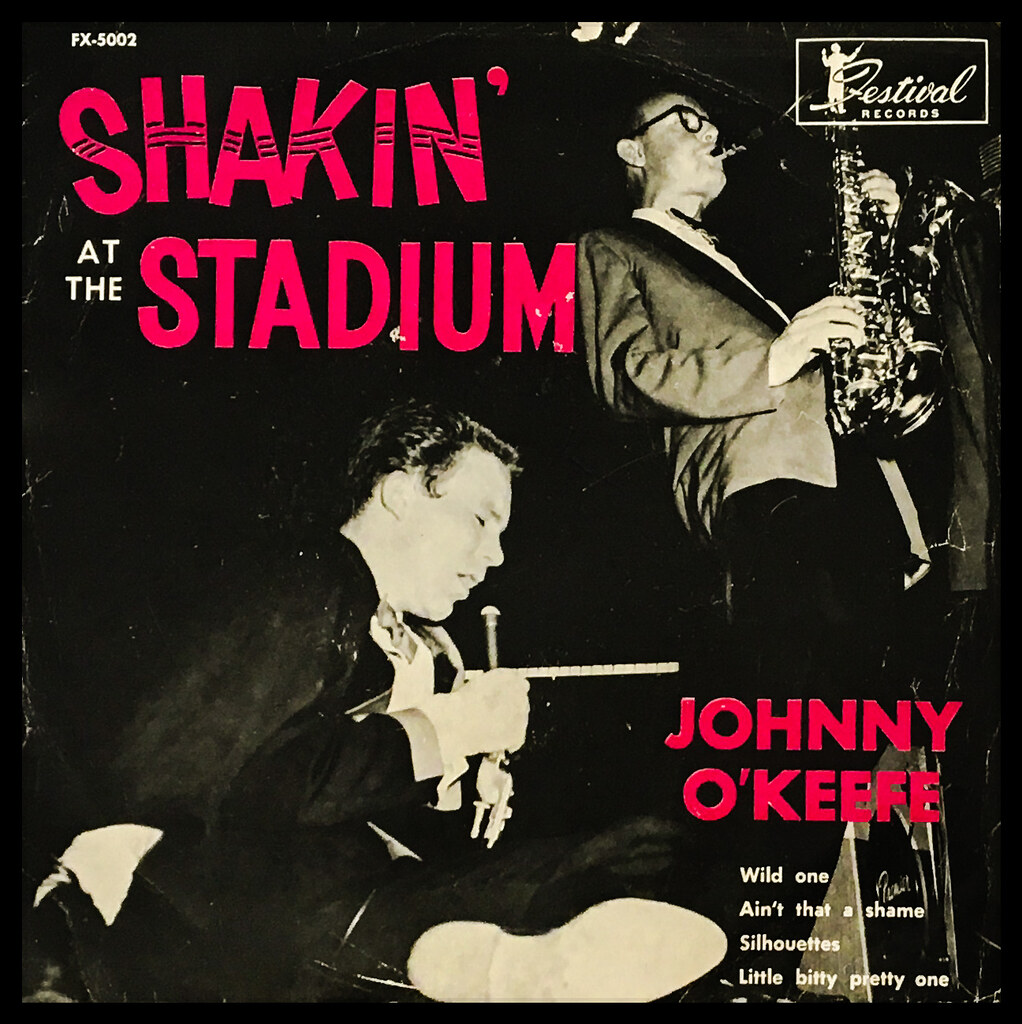 The song was first covered by Jerry Allison and Buddy Holly in 1958. Jerry Lee Lewis also recorded it in that year but didn’t release the recording until 1974. In later years it has been covered many times, by artists including Johnny Devlin with The Devils, Teenage Head, Albert Lee, Christopher Otcasek, Status Quo, Everlife, Joan Jett & The Blackhearts and Suzi Quatro. Perhaps the most well-known cover, however, was punk legend Iggy Pop’s 1986 version, ‘Real Wild Child’ (renamed to avoid confusion with the 1953 Marlon Brando film The Wild One). A sample clip of the Iggy Pop version features in the opening credits of ABC TV’s music show Rage, which also features distorted footage of Johnny O’Keefe performing. The song is a movie soundtrack staple, with versions of the song appearing in Pretty Woman, the Crocodile Dundee films, Clueless and Josie and The Pussycats, among others.

To read more about Johnny O’Keefe, check out this online exhibition by Australian Music Vault Official Partner, the National Film and Sound Archive.