Aboriginal and Torres Strait Islander readers are advised that this story contains names and photos of those who have died.


Ruby Hunter (1955 – 2010) was a proud Ngarrindjeri/ Kukatha/ Pitjantjatjara woman, born near the Murray River in the Coorong region of South Australia. She was a pioneering singer-songwriter and performer, domestic violence prevention advocate, rehabilitation worker, foster parent, and a nurturing and inspirational figure for many other musicians who followed in her footsteps. 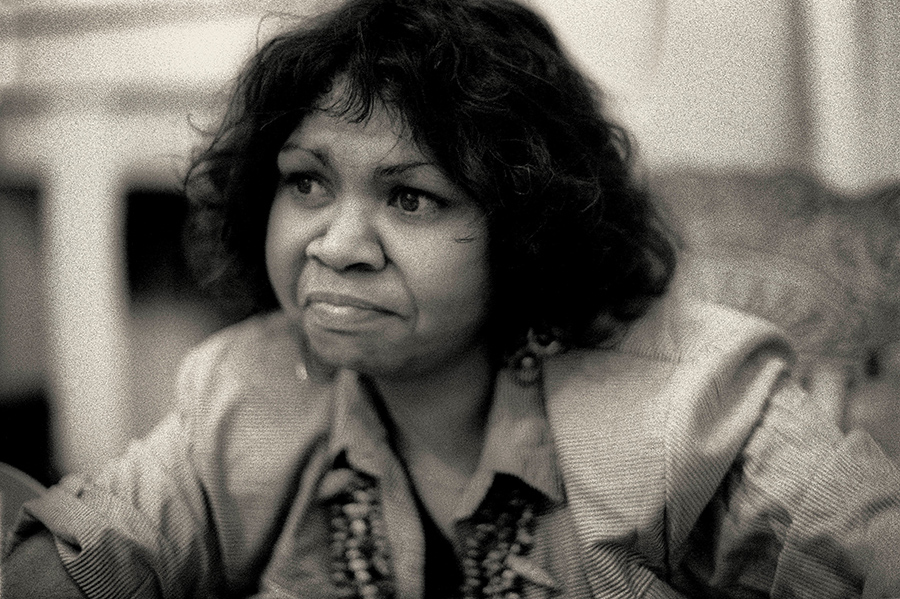 At the age of 16, Ruby met her soul-mate and lifelong musical collaborator Archie Roach at an Adelaide drop-in centre. Together, Archie and Ruby had a profound and enduring impact on Australia’s musical landscape as powerful voices for members of the Stolen Generations. Archie taught Ruby a few chords on the guitar, and from that point on she embraced music as a form of storytelling, initially writing songs in secret. Encouraged by Archie, who was convinced of her talent, she made her first public appearance in 1988 at the Bondi Pavilion in Sydney where she performed the first song she had ever written: ‘Proud, Proud Woman.’ 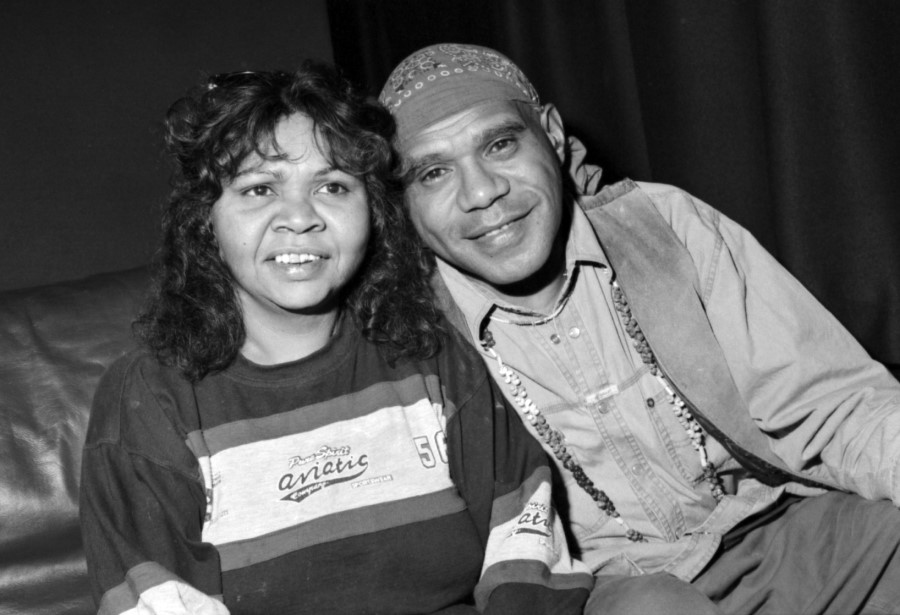 In 1990, Ruby wrote the autobiographical song, ‘Down City Streets’ which she gave to Archie to record for his debut solo album Charcoal Lane. Produced by Paul Kelly and Steve Connolly, the song was nominated for an ARIA Award for Best Indigenous Release.

“Audiences gravitated towards her, and it warmed my heart for them to see the magic I saw. Soon Ruby was performing ‘Down City Streets,’ and not just that – other songs she’d been writing too. I’d watch her play those new songs and sometimes I would forget to play along because I couldn’t believe that this was the same woman I’d been showing chords to only a few years earlier” – Archie Roach, Tell Me Why1

On the strength of ‘Down City Streets', Ruby signed a major recording deal with Mushroom’s White Label Records; making her the first solo Aboriginal woman to be signed to a major label. Her debut album, Thoughts Within, presents a powerful and fearless narrative of Ruby’s experiences as a First Nations woman and member of the Stolen Generations. The album was produced and engineered by Jen Anderson (The Black Sorrows, Weddings, Parties, Anything) who Ruby met when Jen played violin on Archie’s album Jamu Dreaming.

“She actually had quite a difficult voice to record. It's so deep and dark in timbre. It wasn't easy to capture her voice well, but when she starts that song [‘A Change is Gonna Come'] ‘Black woman…black life…', it just brings goosebumps. There's something in her voice that is timeless, something that really evokes the length of time that Aboriginal people have been here in Australia.” – Jen Anderson2

In 1990, Ruby performed at Hot Jam Cooking, a two-day festival celebrating women in the music industry, at the invitation of Janina Harding, Destiny Deacon and Lisa Bellear, hosts of community radio station 3CR’s Not Another Koori Show. Also on the bill was an up and coming folk trio who had been singing backup vocals for Melbourne based band Djaambi (Koori for 'brothers'). They were billed as Women from Djaambi. Band member Amy Saunders recalls Ruby stating: “No, I can’t call you ‘women from brothers’, it doesn’t make sense. You’re my tiddas!” (Koori for 'sisters'). 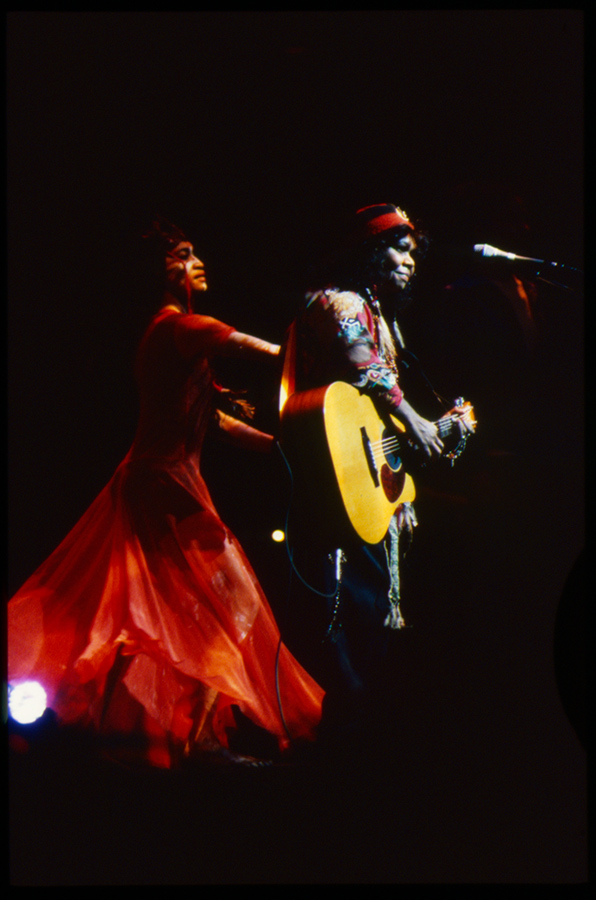 In 2000, Ruby released her long-awaited second album, Feeling Good, for which she won the Deadly Award for Best Female Performer of the Year. In 2004, Ruby and Archie collaborated with pianist and composer Paul Grabowsky and the Australian Art Orchestra to create Ruby’s Story, a powerful narrative of resilience told through song and spoken word inspired by Ruby’s life. The performance, which included renditions of ‘Took The Children Away’ and ‘Down City Streets’, was recorded and released as an album and won the Deadly Award for Excellence in Film and Theatrical score in 2005.

Towards the end of her life Ruby also worked on a series of vibrant illustrations for a children’s book based on Archie’s iconic song, 'Took The Children Away', bringing the story of Australia's Stolen Generations to a new audience. In 2012, Ruby’s illustrations were also featured in Butcher Paper, Texta, Black Board and Chalk, a children’s songbook and album inspired by a 1997 visit to Cape York Peninsula where Ruby and Archie worked with children from across the region to write songs and music about their daily lives. 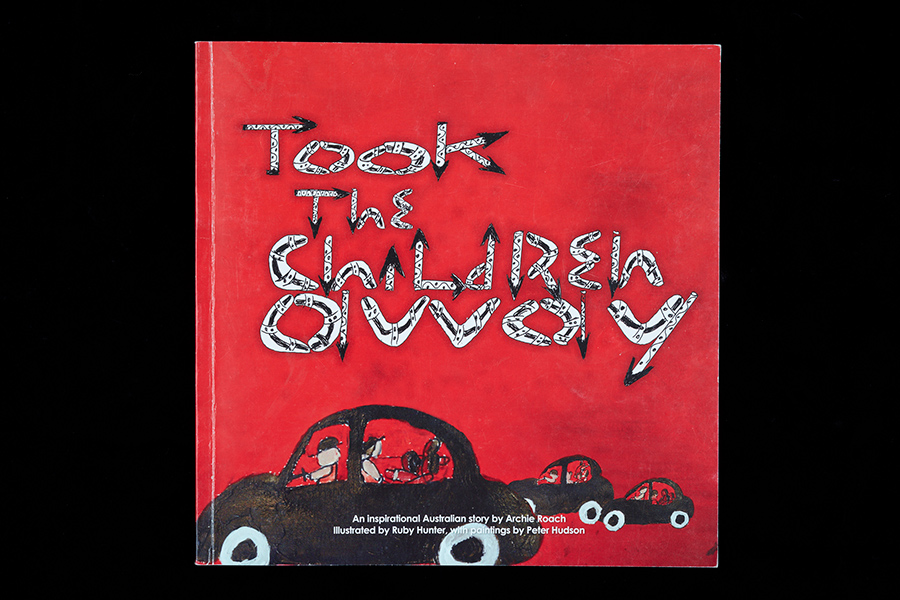 Took The Children Away with words by Archie Roach, illustrated by Ruby Hunter, 2010.

Ruby passed away suddenly in 2010, aged 54. Following her death, her family established The Ruby Hunter Foundation to honour her memory and to create opportunities for Aboriginal people, through the promotion, celebration and support of Arts and Culture through mentoring, and by showcasing talented Aboriginal performers at the Riverland NO:RI Music Festival (No:ri meaning pelican, a totem and protector in Ngarrindjeri). 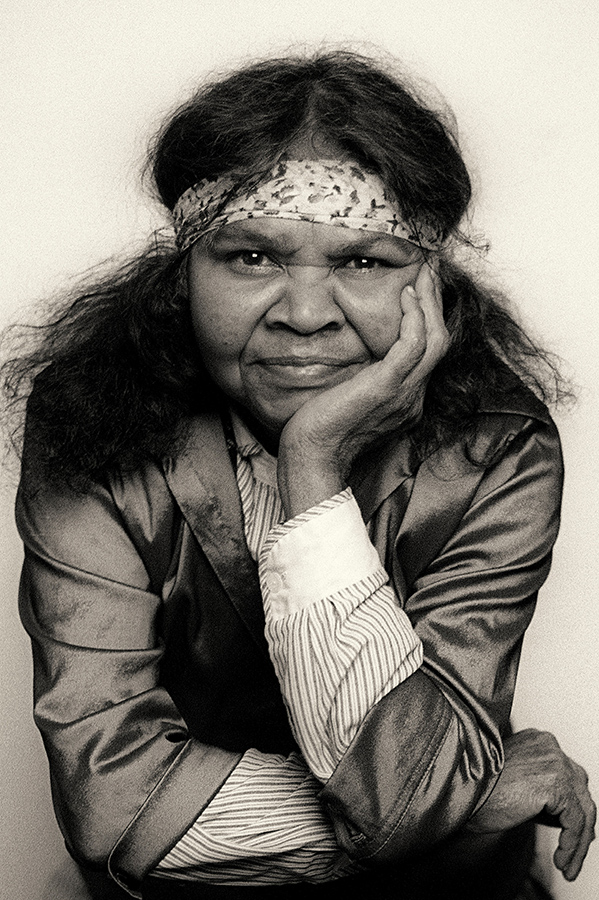 The Australian Music Vault is proud to honour the achievements of the 2020 National Indigenous Music Awards (NIMA) Hall of Fame inductee, Ruby Hunter. Now in their 17th year, the NIMAs are recognised as Australia’s most prominent showcase of Indigenous Australian music from across the country. The Awards celebrate the achievements of both emerging and established artists, and have recognised the lifetime achievements of many artists including Kutcha Edwards, Vic Simms, Henry “Seaman” Dan, Archie Roach, Auriel Andrew, Jimmy Little, Coloured Stone, No Fixed Address, Warumpi Band, Wilma Reading and Tiddas, among many others.