In the 1980s many young Australians became familiar with the socially conscious, predominantly African American music and dance styles of hip hop coming out of the USA. The juxtaposition of lyrics, raps and sampling decrying the plight of youth living in the housing projects of the South Bronx in New York City, combined with the pioneering invention of turntabling, was a potent mix. The lines of Grandmaster Flash and the Furious Five’s “The Message” (1982) warning that it is “like a jungle sometimes, it makes me wonder how I keep from goin’ under”, resonated with many young people who were experiencing the impacts of economic recession in Australia, and who felt a need to connect musically with disaffected youth across the globe. 2013 was the 40-year anniversary of the birth of hip hop in New York City, a style of music which has since spread across the world, where unique interpretations have emerged among different cultural and ethnic groups.

The sounds of hip hop and rap have now become ubiquitous across the airwaves of Australian radio and television. The unique beats, structure and style of this form of music are often embedded or sampled in pop songs, or are familiar as a stand-alone genre with contemporary American artists such as Kendrick Lamar and Kanye West being popular among Australian fans. For members of the broader Australian public however, there is often a perception that this unique music style is merely “gangsta rap” from California, or it is music that belongs within African-American culture. Despite this wider perception, hip hop has its own special, albeit recent history and style, which has developed as an intrinsic part of the modern Australian music scene.

In the 1990s, Aussie hip hop gained its voice, an Australian accented voice, initially as part of an underground scene receiving minimal mainstream attention. The history of Aussie hip hop has been well documented by journalists and academics. The genre came into its own with the foundation of Australia’s first hip hop label Obese records in Melbourne, originally operating as a record store from 1995 and specialising in hip hop music. With the signing of the Adelaide based Hilltop Hoods to Obese, and the release of their album The Calling in 2003, Aussie hip hop started a new journey leading to greater popularity among Australian music fans.

By the beginning of the 2000s a new generation of Australian hip hop artists including The Herd and Bliss n Eso, were using this music platform to talk about social and political issues, denouncing racism, and rallying against what was perceived by them as political ineptitude. At the same time, Aussie hip hop was being infused with the talents of artists from migrant backgrounds, giving the genre new messages and sounds influenced by music from the homelands of these artists’ forebears. This has included L-FRESH The LION, African-Australian crew Diafrix, MC Trey and Sampa The Great.

Indigenous hip hop has since flourished as an extremely popular form of music, dance and expression among young Australian Indigenous musicians and community, and increasingly among a broader Australian audience. Indigenous hip hop has become a platform and conduit for political expression, for telling stories of resistance in the face of domination, and for resilience of Indigenous identities and cultures. The messages embedded in Indigenous hip hop emanate from within sophisticated productions in the works of artists such as Jimblah from the Larrakia Nation in the Northern Territory, who raps in his song Fireproof (2013) “To overcome these social barriers I break through, Brother man, see I make do”. In 2015 Indigenous rapper Briggs founded his own record label Bad Apples Music to foster Indigenous hip hop talent, which currently supports artists: Nooky, Birdz, Philly and A.B. Original.

A defining feature of Indigenous Australian hip hop are Indigenous women artists. Across the globe, including in Australia, hip hop is dominated by male performers. In this environment, however, Indigenous women have been contributing their voices and musical talents to Australian hip hop since the beginning. Naomi Wenitong is a founding member of Last Kinection. The band’s song “I Can” (2008) calls for Indigenous people to “believe in their plan” and to stand proud with their Indigenous identities and cultures in the face of opposition or racism. Lady Lash (aka Crystal Mercy), a strong Kokatha/Greek woman originally from the west-coast of South Australia, now based in Melbourne, combines hip hop and Jazz poetry and beats in complex spiritual messages. Lady Lash is also a member of the first Indigenous all female hip hop group OETHA, who as Indigenous Sistas celebrate women as the backbone of every family, community and society. 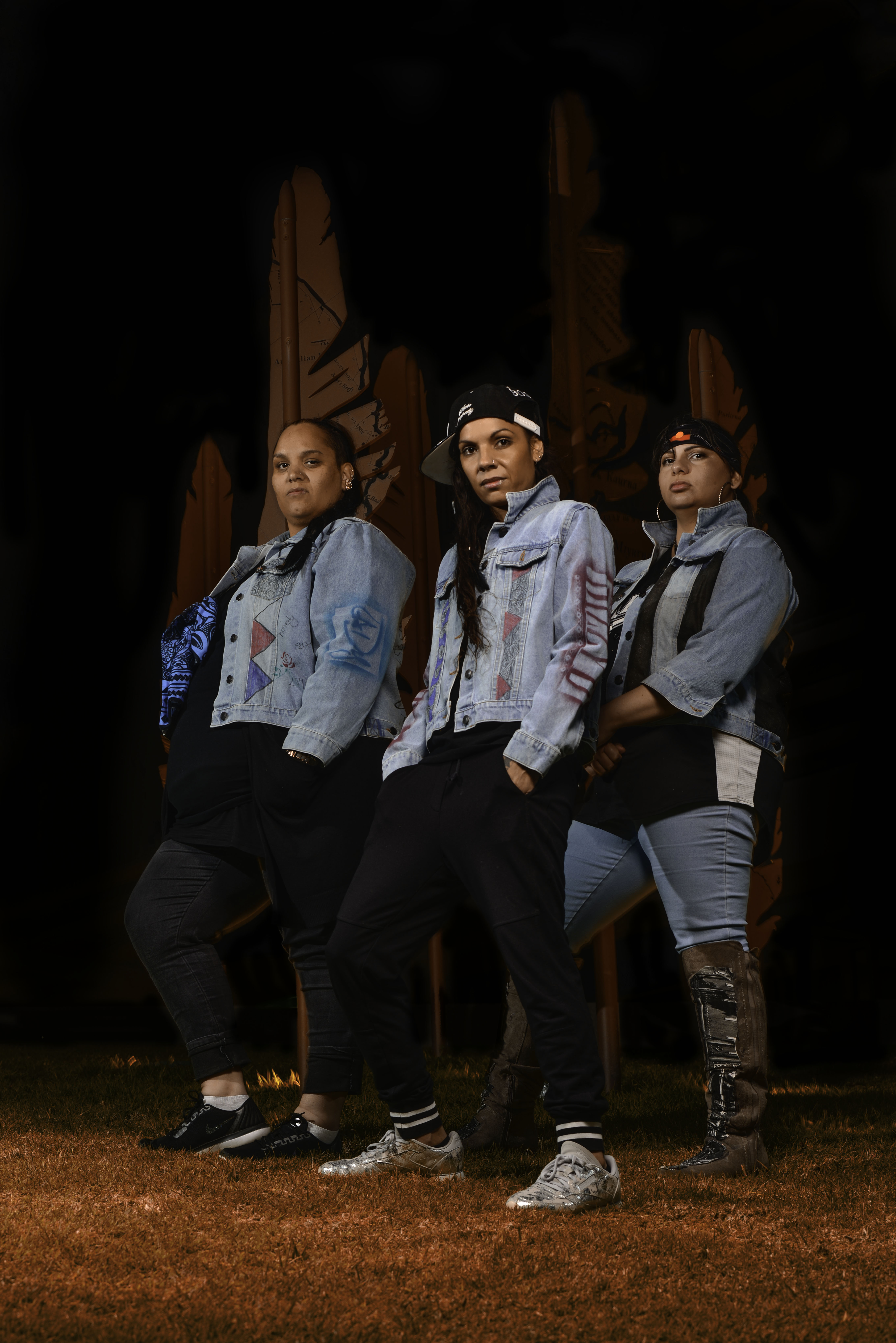 Indigenous Australian hip hop is a powerful musical force to be reckoned with, and enjoyed for its contribution to complex social, cultural and political messages in contemporary Australian conversations. In 2016 Indigenous rappers Briggs and Trials, as hip hop duo A.B. Original overwhelmingly achieved this with their single “January 26” (featuring Dan Sultan). The song critiques the celebration of ‘Australia Day’ on a date which many Indigenous Australians consider signifies the invasion of Indigenous lands. But the song also calls for a dialogue, so that all Australians can consider what celebrating this holiday means to them; and in is so doing reflect on the history and the impacts of on-going colonialisation for Indigenous Australians in a modern Australia.

Dr Suzi Hutchings gained her PhD in Social Anthropology from the University of Adelaide in 1995. She has worked as a senior lecturer and research fellow in Anthropology and Aboriginal programs at the University of South Australia, Flinders University and the University of Adelaide and for the past 8 years has produced and presented the eclectic music program, Crossing Tracks, for community radio station, Radio Adelaide 101.5FM. Dr Hutchings has consulted as an anthropologist and expert witness in native title, family law, criminal cases and injury compensation cases for Indigenous groups and families from across Australia for over 20 years. She is currently a Senior Lecturer within Law and Justice, School of Global, Urban and Social Studies at RMIT. In 2012, Dr Hutchings was the recipient of an Endeavour Research Fellowship for Indigenous Australians which enables her to undertake 5 months post-doctoral research at New York University investigating the history, messages and styles of Hip Hop music, art and performance among Indigenous and minority groups in Australia and North America. The Australian Music Vault wishes to thank Dr Hutchings for her advice and support in our ongoing research into the history and current contribution of Indigenous artists to the story of hip hop in Australia.