Music journalist Sosefina Fuamoli speaks to award-winning, singer-songwriter Mo’Ju ahead of her one-off Vault Sessions performance with Orchestra Victoria, one of Australia’s specialist opera and ballet orchestras. The orchestra will be conducted by Nicholas Buc, with arrangements by Jamie Messenger and will take place under the stars at the iconic Sidney Myer Music Bowl as part of Live at the Bowl.

The ARIA-nominated artist has been performing for over a decade, across three solo albums released since 2012. Fusing elements of soul, pop and blues into her earlier works, Mo’Ju’s creative output soon expanded into an exploration of cultural and traditional influences that stem from her own Filipino/Wiradjuri heritage.

There have been many points of significance in the career of Mo’Ju (FKA Moju Juju), but none so impactful as the release of her 2018 record Native Tongue. An album that signaled the impassioned arrival of one of the country’s most stirring wordsmiths and musicians, confident and comfortable in the dynamic skin they are in, Native Tongue stood out as one of the most important moments in Australian music that year.

And yet, it took some time for Mo’Ju to reach such a personal and creative touchstone.

Since 2012, Mo’Ju has been crafting a sonic identity that has not been restricted by any one aesthetic or genre expectation. Fueled by influences including Lauryn Hill, Erykah Badu and Michael Franti, Mo’Ju’s output has traversed political, cultural and social territories – all through a very unique and defined lens.

The observations heard on record stretching back to her eponymous debut album Mojo Juju (2012) have been that of a person figuring out life, and her place within the wider scope of it.

A musician navigating an industry that would tell her the art she was making wasn’t palatable enough.

A creative who, despite numerous professional and personal challenges, would emerge seven years later with not only a formidable legacy in the making, but a renewed passion and fire for the craft and effects of creative expression. 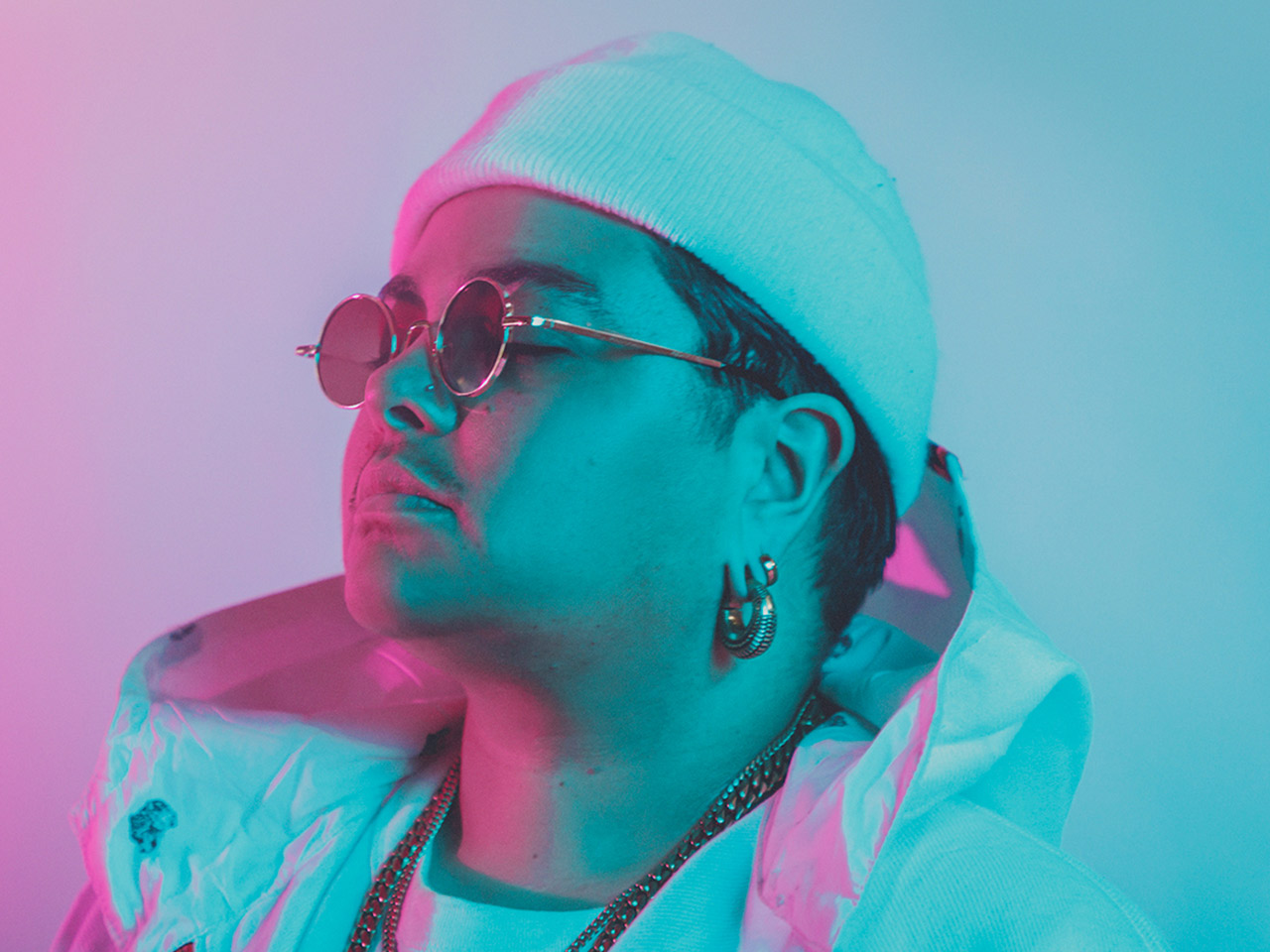 It is fitting then, that Mo’Ju starts 2021 setting the bar high, collaborating with Orchestra Victoria for a special installment of the Vault Sessions as part of Sidney Myer Music Bowl’s Live at the Bowl series.

“It’s an amazing opportunity,” Mo’Ju says. “One of my favourite artists who has been a massive influence and a real reference point who I always come back to in the studio is Bill Withers. When the opportunity came up to do it with an orchestra I was like, “Yep, I can already hear this.” I knew what moments would work. That was the fun part, putting together a set list of songs I knew had the space and potential for that. Aside from that, it’s completely overwhelming but I’m excited for it. It’s going to be fun.”

Artistic Director of Orchestra Victoria Nicolette Fraillon AM says that their role is to collaborate with great artists.

“Mo’Ju is one of Australia’s most interesting contemporary artists. I have long been an admirer of her fantastic voice and incredible musical talents. She is versatile, charismatic, with enormous capacity to work across a variety of styles and genres yet with style and statement that makes all uniquely her own,” says Fraillon.

Mo’Ju’s last performance at the Bowl was as part of the 2019 How To Make Gravy show with Paul Kelly – the show now infamous for being completely rained out. A chance to “reclaim the moment”, Mo’Ju’s collaboration with Orchestra Victoria is a one-off type of performance spanning her entire catalogue, reimagined with new dynamism and flair.

“It’s super wild.” Mo’Ju laughs. “The thing I’m looking forward to the most is standing on stage with my band being like, “Cool – we’re doing this thing, this is amazing!” Moreover, the opportunity to exist and create in such a fluid time of progression and change within the Australian music industry is one that Mo’Ju is particularly driven by.

The music in this country right now... I feel like I’ve seen a few waves now, but I feel like what’s been happening in the last five years or so is the most exciting I’ve ever seen the Australian music industry look.

To tread such an iconic stage with an orchestra bolstering already striking arrangements will be a moment to take stock of for Mo’Ju. Having endured – like the rest of us – a whole year of unpredictability and more specifically, no shows; re-emerging to live performance on this scale holds extra weight.

And to add another page to what Mo’Ju can attest as a tumultuous album cycle that was Native Tongue, this show is a shining chapter of a continuously evolving story.

“It was like, I’m still standing,” she remembers of the album’s release and subsequent coverage.

“The minute you’re in the public sphere, people think that they can say whatever they want to say about you, and that there’s not another human being on the end of that. I think I’ve been through all of that, but it kept coming. It kept coming and it became more vicious, even, throughout Native Tongue. For all the really positive stuff, there was also equal amounts of negativity around it. It’s not to say that it didn’t upset me at times, I went through a whole range of emotions, but I just knew that at the end of the day, the only thing that mattered was whether I was being true to myself.”

Comparing the younger, impressionable version of Mo’Ju who took industry criticism to heart in the early stages of her career, to the fully realised version that strides forward in 2021 with an open heart and open mind more than ever before, the Mo’Ju that the Sidney Myer Music Bowl audience will see is one she herself is fiercely proud of.

“Part of me is regretful,” Mo’Ju says of the attitudes she used to have. “[But] I also empathise with my younger self. I’ve been on this full journey of exploring all of these different sounds and it took me a really long time to just filter out the noise of other people’s opinions about what I was doing.”

I’m old enough now and I’m confident in who I am to say these things.

Making an album like Native Tongue was a statement of intent that the perceptions of the industry and wider public were not going to change Mo’Ju; her story would continue to be explored and told in her own time and process. Ironically, it was this music that pulled focus on a national scale and made people finally sit up and pay attention.

“I realised that the industry, and people in the industry, perceive me in a different way and that’s not going to change,” Mo’Ju says.

“I’ve done the scariest bit and now I can explore and challenge myself. I always have, but I feel much more confident in myself to challenge myself creatively and also to say the things I really feel.”

“There’s no guarantee that that’s going to be as successful as the last thing, but I definitely can guarantee that I’m only getting better as an artist.”

Vault Sessions feat. Mo'Ju with Orchestra Victoria, co-presented as part of Melbourne Music Week–Extended is on 16 January, 2021 at the Sidney Myer Music Bowl. Tickets available via Live at the Bowl.


As part of the Australian Music Vault’s commitment to celebrating the stories of Australian contemporary music, the Australian Music Vault Liner Notes series is a way for audiences to gain a more insightful understanding of the artists programmed on Arts Centre Melbourne stages. The meaningful relationship we have with these artists allows our commissioned music journalists to delve into their musical legacy and go beyond what is presented on stage. These long-form, exclusive stories will deepen the connection between artist and audience as we build an ongoing collection.

Sosefina Fuamoli is a music writer, content producer and publicist based in Melbourne, Australia.

A long-time supporter and champion of Australian music, emerging artists and a more diverse music culture, Sosefina has written for a wide variety of Australian publications including Rolling Stone Australia, Red Bull Music, NME, Beat Magazine, The Big Issue Australia, Time Out and occasionally on triple j's online music news platform. Internationally, she has profiled some of the world's biggest artists and music festivals in the United States, Europe and the UK including SXSW, Lollapalooza (Chicago, Berlin), and The Great Escape. In 2020, Sosefina was named the inaugural recipient of the ‘Live Music Journalist’ award at the National Live Music Awards.

Along with her freelance work, Sosefina is an Australian Music Prize judge and public speaker; having appeared on and facilitated panel discussions at events including Splendour in the Grass, Melbourne Music Week, CHANGES Festival and the Melbourne Writers Festival.