MESS at the Bowl

The pace at which contemporary music seems to be changing can often feel overwhelming. With the internet at our disposal, it has become easier than ever to access different music from all corners of the world and from an artistic standpoint, the opportunities for expression have never been more plentiful.

Now, if we cast our attention to the world of electronic music, we find ourselves traversing sonic territory that has constantly been in flux. Electronic music is less of a niche genre now, and more accessible to those musicians and fans of music in general to become part of.

Exploring the vast bounds of electronic music is a value that sits at the heart of Melbourne non-for-profit Melbourne Electronic Sound Studio (MESS). The organisation, built and founded by Robin Fox and Byron J Scullin, is dedicated to keeping the history of electronic music and sound alive, as well as providing a platform for people to discover more about the technologies and instruments that have led to some of the world’s most interesting and boundary pushing music.

As part of this year’s Live at the Bowl series, the MESS Studio puts the synthesiser front and centre on the iconic Sidney Myer Music Bowl stage in a never-before seen (or heard) production. Inviting the audience to step into the wildly unique world of electronic music, MESS will debut the MESS Synthesiser Orchestra and a new work titled 'Magnitudes', under the direction of MESS Studio Manager and composer, Mat Watson. 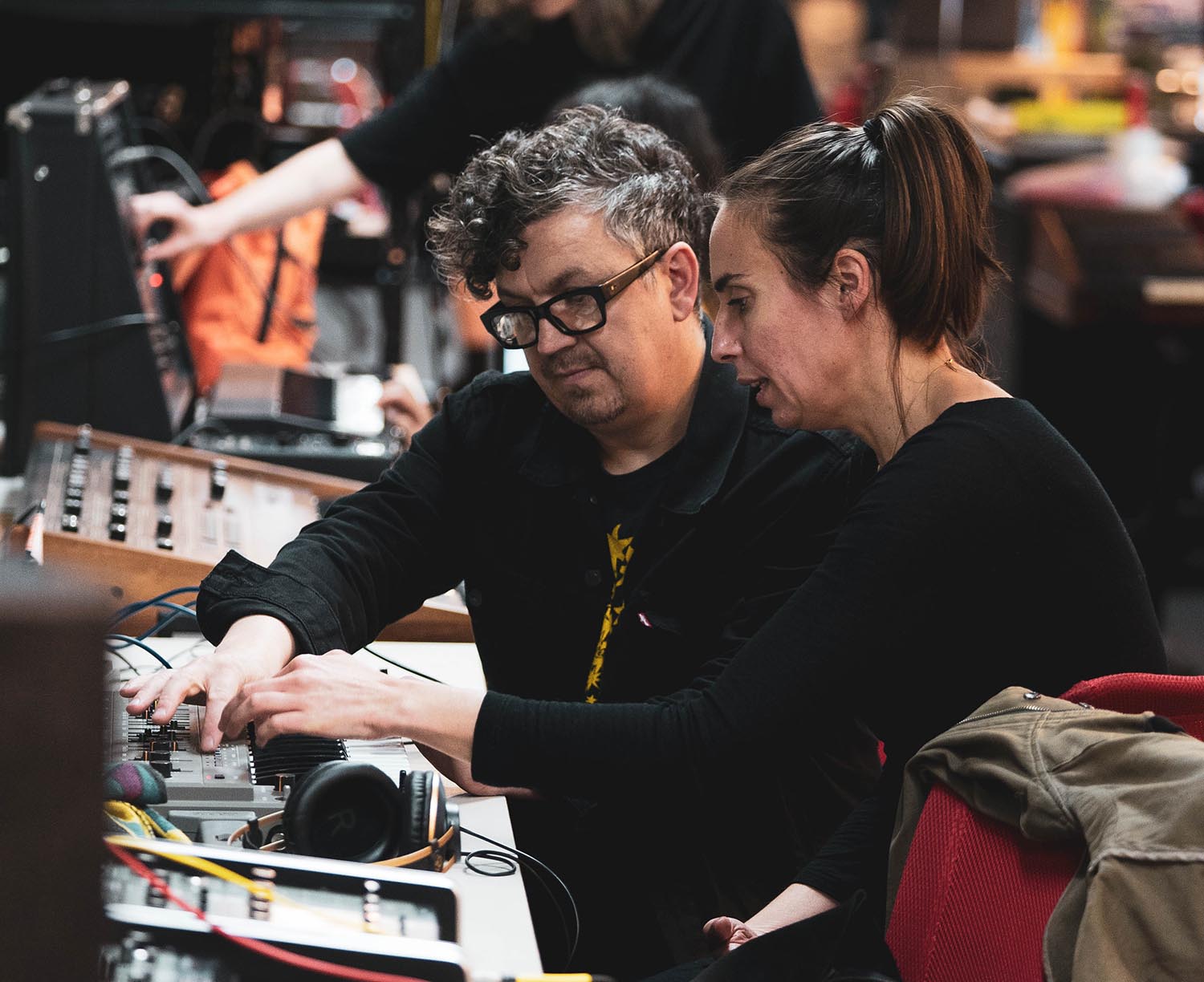 Mat Watson in the studio. Photo by Ben Willis

For MESS Founder Robin Fox, the opportunity to commission such a special, unique piece of music had to be done right and under the right artistic vision.

“We needed somebody who was incredibly familiar with the machines and had a love and passion for them, which Mat does,” he explains.

A driving force behind this MESS performance is the preservation philosophy MESS applies to its everyday work.

Compared to other musical histories, the history of electronic music is a relatively short one. The instruments we have seen evolve and take different forms as the science and technology behind them has developed, need to be maintained and preserved in certain ways.

Museum pieces, some synthesisers and machines may be, yet they still need to be operated in order to survive.

“That preservation mentality unfortunately, when it’s applied to musical instruments, doesn’t really make sense. Electronic music instruments are preserved all over the world in museums where they’re not played; they’re not turned on. It means that they deteriorate and they’re lost.” 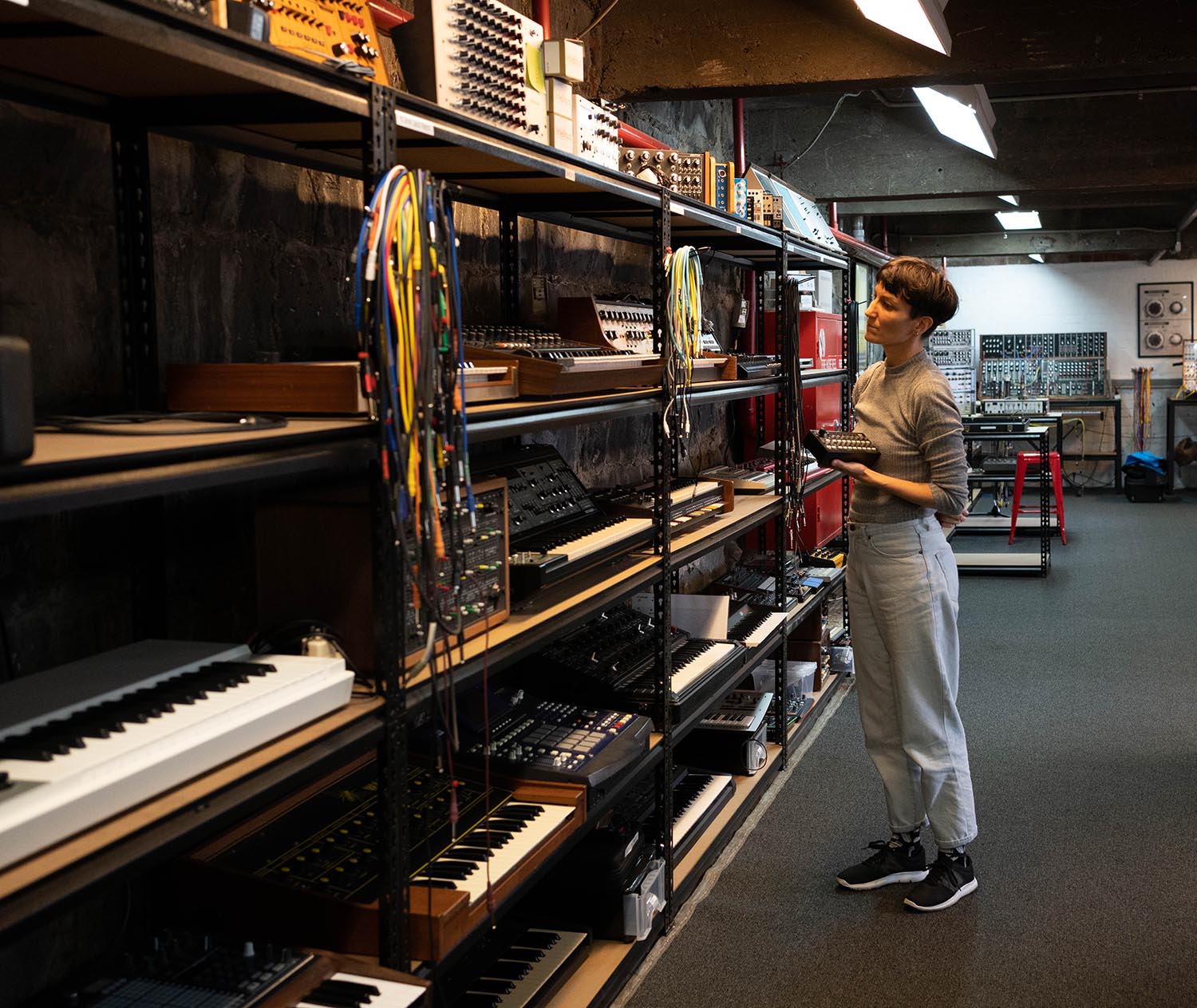 For MESS, a large part of their vision is to educate people on the history of these machines and show how they can be used in a number of different ways and, in the case of the Synthesiser Orchestra, different formats.

Taking inspiration from the Sidney Myer Music Bowl’s history with the Melbourne Symphony Orchestra, Fox decided to explore the idea of bringing an orchestral experience to the vast range of synthesisers MESS currently has in its collections. To see them thrive outside of their normal environment.

“It’s one of the most incredible collections of synths anywhere in the world,” Fox says of the MESS collection.

“The whole point of MESS is to make that collection available to people to play, but there’s also this ridiculous opportunity to bring all of these instruments together in an ensemble form. The idea that we can bring together some of these incredible machines from over the history of electronic music that probably have never inhabited stage space like this before...the idea of synthesisers en masse is not particularly a new one, but this idea that it’s taking on this orchestral quality is one I’m really interested in.”

Together with Mat Watson and the MESS Synthesiser Orchestra, this unique production will also feature sets from some incredible artists including Simona Castricum, R. Rebeiro (My Disco/Downwards), Naretha Williams (Blak Mass), OK EG and the iconic Artificial (Nicole Skeltys/B(if)tek). 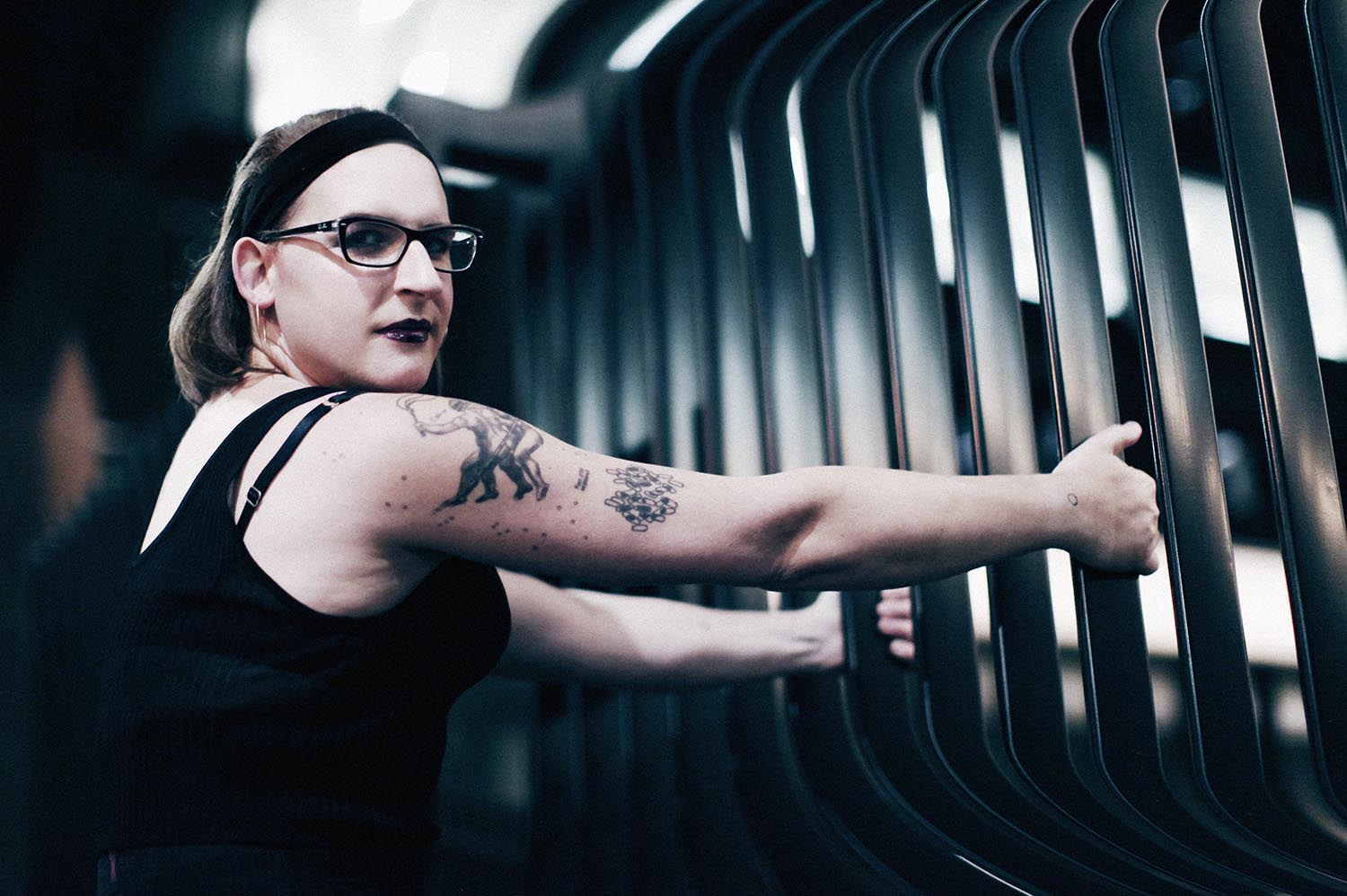 Making a smorgasbord of an event, the sheer amount of creative influences that are coming into play directly mirrors the MESS manifesto. Forever forward thinking without losing sight of the pioneering work that has come before them, MESS exists to support, encourage and promote one of the world’s most unique sonic cultures.

“Electronic music has in a way, become ubiquitous,” Fox says. “It’s almost like all music is electronically mediated these days, in some way.”

“Even instrumental music that goes through a big studio recording process is essentially, at the end of the day, electronic music. We’re listening to it on speakers all the time, so electronic mediums! In some ways, all sounds these days are somehow related to electronic music. As a form, electronic music has a really interesting history; and it’s a history of innovation as well. Technological innovation. It’s also got an incredible aesthetic history as well and what I love about these synths is that aesthetically, they hold a philosophy of sound in them.”

And when it comes to MESS at the Bowl, the audience is in for a show you simply will not be able to experience anywhere else.

“We’re trying to show people that this is a living collection of instruments,” Fox enthuses.

“There’s a huge breadth of possibility. Theoretically you can make any sound imaginable using a complex enough synthesiser whereas you can’t make those sounds with a guitar!”

MESS at the Bowl, presented by Melbourne Electronic Sound Studio and Australian Music is on 27 March, 2021 at the Sidney Myer Music Bowl. Tickets available via Live at the Bowl.

Join MESS co-director Robin Fox for a glimpse behind the scenes and a guided walk through of the newly formed MESS Synthesiser Orchestra’s rehearsal set up at The Channel. Limited places are available to MESS at the Bowl ticket holders only.

To register for a Walk and Talk on 22 – 24 March you will need your MESS at the Bowl booking confirmation number. Register here.

Sose Fuamoli is a music journalist, editor, radio host and publicist. An ardent supporter of young writers and music professionals, she has been a champion of a more diverse Australian music culture, while also profiling and reviewing some of the world’s biggest music festivals and artists through the United States and Europe. Sose's titles include the AU Review, triple j, Rolling Stone Australia, Stella Magazine, LNWY and Cool Accidents. She is currently Beat Magazine’s Hip-Hop columnist and can be heard on KissFM as co-host of weekly hip-hop show, The Scenario. She is an Australian Music Prize judge, and has served on the judging committee for the South Australian Music Awards, the Hilltop Hoods Initiative, NT Song of the Year and the ARIA Awards.