Laser Beak Man is a colourful superhero for our times. Created by Brisbane artist Tim Sharp when he was only 11 years old, Laser Beak Man sprang to life as a, character drawn on a birthday card. The Laser Beak Man’s birthday greeting was a silly and irreverent twist on the classics: “Have a filthy disgusting birthday.”

For the past 20 years, Sharp, who was diagnosed with autism at the age of 3, has continued to create new adventures for Laser Beak Man who now has his own animated television series and an award-winning stage show created in collaboration with Dead Puppet Society. Originally a cult-comic strip, the new stage production written by David Morton, Nicholas Paine and Sharp sees Laser Beak Man’s hyper-coloured world come to life through animation, puppetry and music by Sam Cromack of indie band, Ball Park Music. At first, Sharp and Cromack may seem to be a strange pairing, considering that Laser Beak Man is largely aimed at children. But then you remember Ball Park Music’s infectious single “iFly” — a bright, jangling anthem -  and you see the same kind of off-kilter, delightfully wild mash of highbrow and lowbrow that typifies Sharp’s “filthy disgusting birthday” quip. As it turns out, Sharp and Cromack are probably something of a match made in heaven. 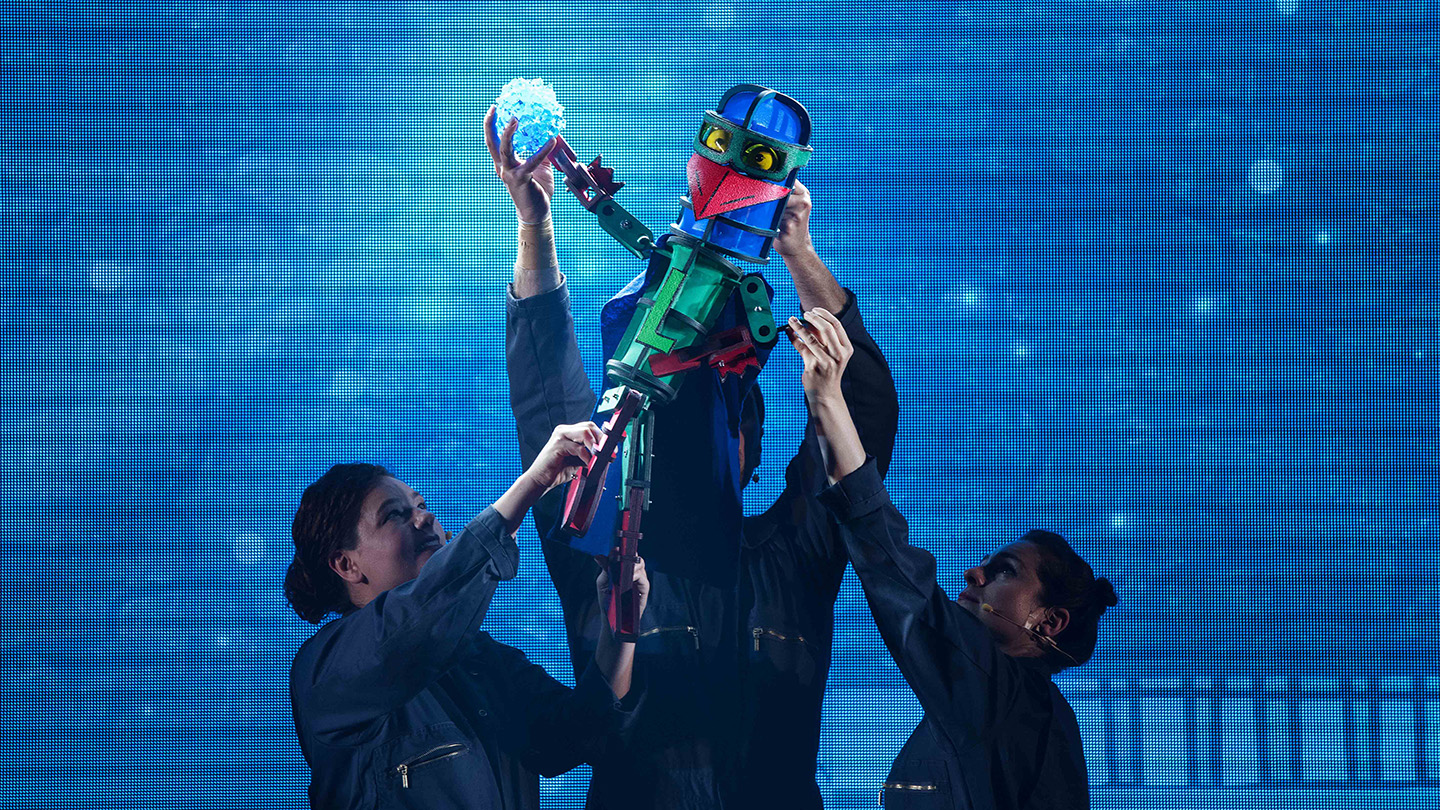 "I never got to work with a musician before but I loved it. Music is a good way to tell the story and make you feel. I got to be part of the band sometimes; I got to wear the uniform and they gave me my own white guitar and amp. I love it! I feel like I am part of the band. Sam worked really hard and wanted to make music that I liked. I love what he has done. I go to every performance and listen to the words and the music and hear him sing and play. I love hearing it. It is the best place in the world inside the theatre seeing my dreams come alive. The music makes you feel good. The music tells the story of Laser Beak Man just the way I want,"

The Laser Beak Man score is new territory for Cromack, and simply the latest chapter in the oeuvre of an artist who has never been content to settle down, or to settle into one groove. Cromack’s musical journey began when he started Ball Park Music as a solo project. In 2008, he was joined by university friends Jen Boyce, Paul Furness, Dean Hanson, and Daniel Hanson (the latter two of whom perform with Sam on Laser Beak Man) taking Ball Park Music into new territory. Cromack’s complex-but-catchy compositions such as ‘Literally Baby’, ‘It’s Nice To Be Alive’, and ‘Rich People Are Stupid’ positioned Ball Park Music as a band that could pair bright, simply built songs with complex and wry lyricism and style. Their songs from this period are big and bombastic, and speak to the band’s — and Cromack’s — ability to write for a broad and voracious audience. 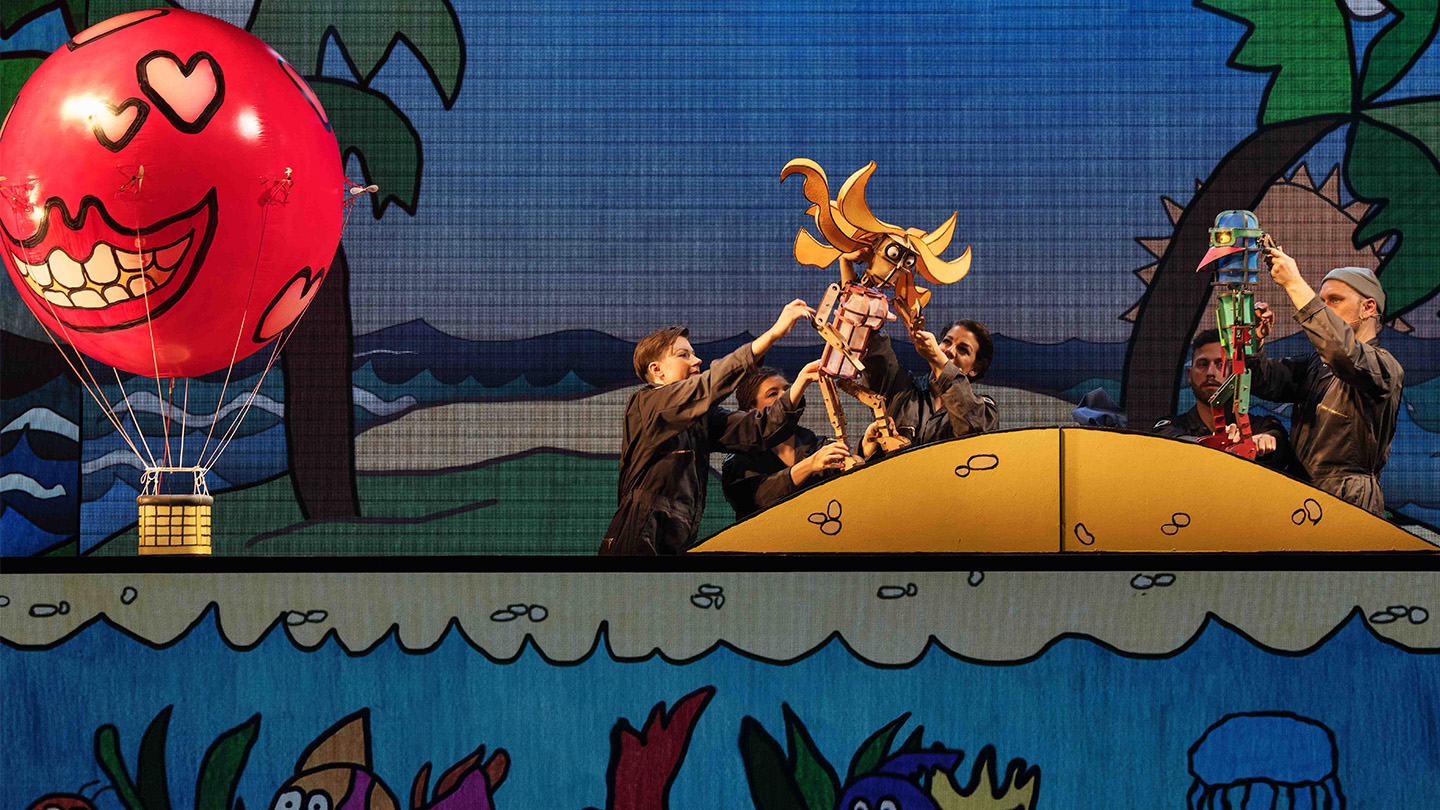 Following the commercial and critical success of Ball Park Music’s 2011 album, Happiness and Surrounding Suburbs, Cromack challenged himself and his bandmates to try to get an album out within a year, in the style of 60s and 70s bands like The Beatles, who would issue an album every year. The following year the band released Museum which confirmed Cromack’s auteur-like ability to build surreal and immersive worlds through his music. 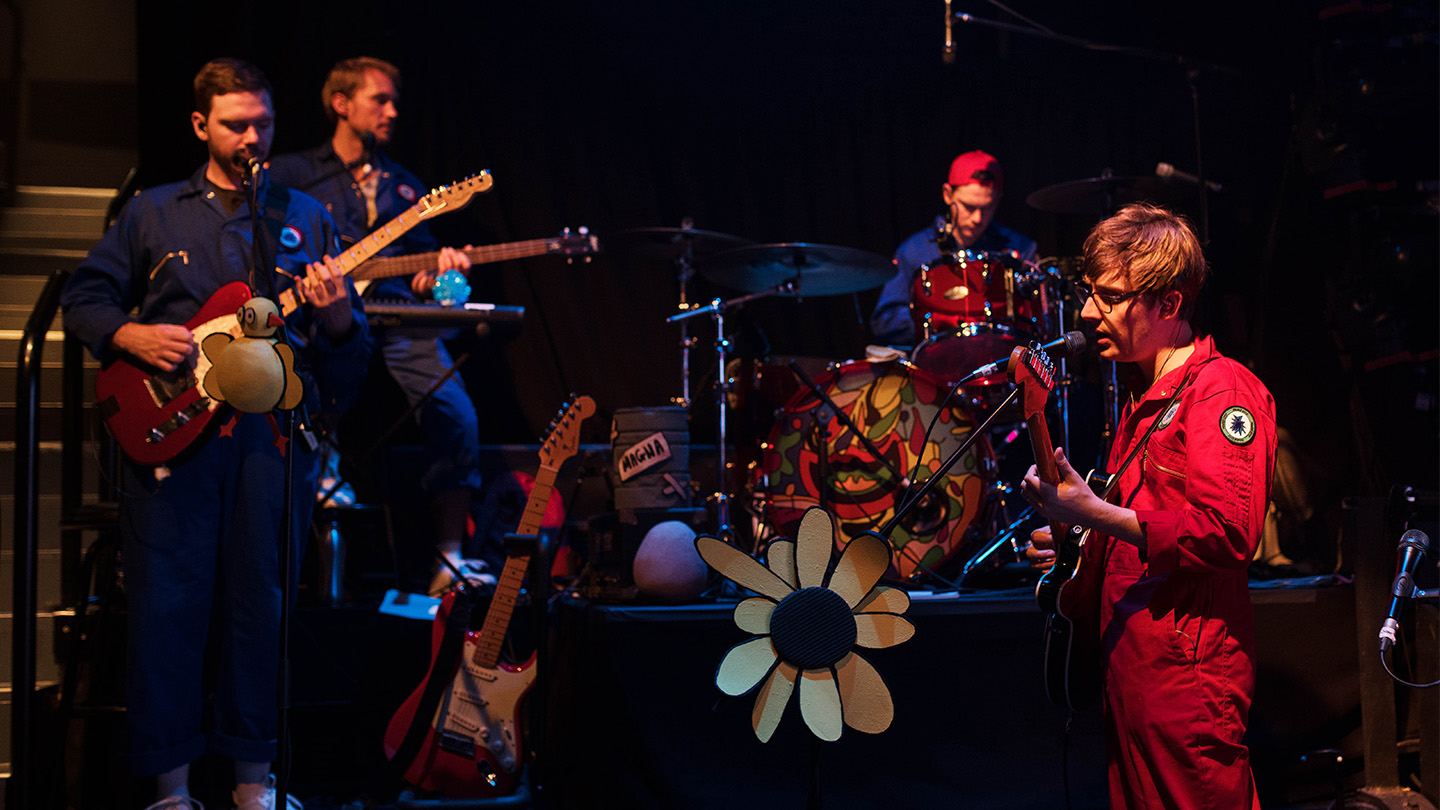 "The music in the Laser Beak Man show is just what I wanted it to sound like. Spending time with Sam when he made the music was one of the best times ever. I got to hear my dreams come true as well as see my dreams come true. It is like magic listening to the songs being made. It is my favourite soundtrack ever. Everybody loves it! I don't know a better soundtrack. The songs stay in your head and never leave. You won’t forget it. I sing some of the songs every day”

More irreverent and zany than anything Cromack has put to tape with Ball Park Music in years, the Laser Beak Man score is proof that any artist worth their salt can adapt and change to respond to someone else’s artistic vision. Maybe, like Laser Beak Man’s extraordinary abilities to empathise, that’s Cromack’s real super power.

Shaad D'Souza is the Australian News Editor of The FADER, a New York-based music magazine. Before The FADER, Shaad was the Australian editor of Noisey, VICE's music vertical. Previously published in The Guardian, Vulture, Pitchfork, Billboard, i-D and The Saturday Paper, Shaad writes on emerging and established talent, with a focus on the intersection of music and contemporary politics.

In his spare time, Shaad serves on the board of directors for music industry non-profit The Push, and on the advisory board of Arts Centre Melbourne's Australian Music Vault.