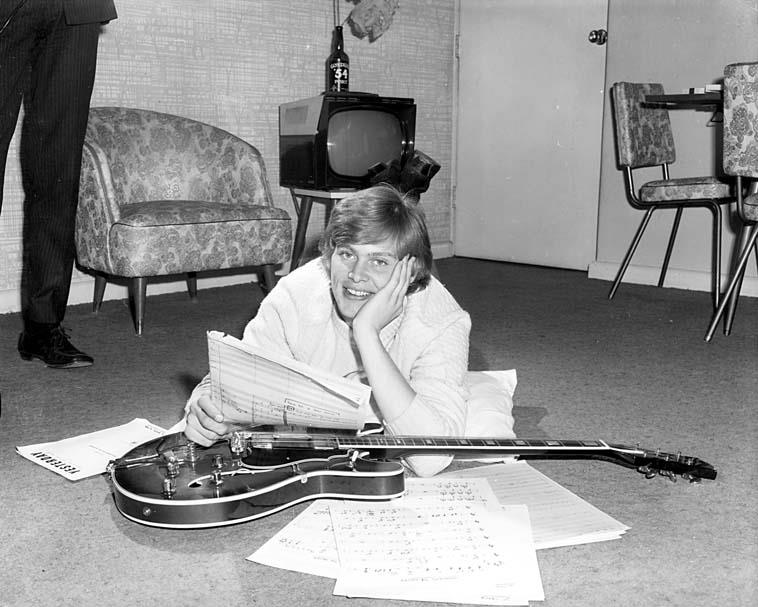 In music, one of the best ways of paying homage to another musician is to cover one of their songs. A cover means you perform your own version of the chords and the melody of the song. The cover version can be as similar or as different to the original as you like.

In small groups, make a list of things that could be changed in a song to create a cover version. (Examples include time signature, key signature, tempo (speed), lyrics, melody, instrumentation, style of the music etc.)

Here are some examples of covers of Australian music. For each song, note the differences. Which do you prefer?

Note: A live performance of a cover is allowed; however, if you want to record and distribute (sell) a cover version you need permission from the song’s publisher.

To remix a song means; parts are added or removed, artistic changes (such as tempo or instrumentation), a change in genre (for example Rock to Pop), or the inclusion or removal of vocals. Yothu Yindi’s song Treaty is a good example of an Australian song that has been remixed. Here is the original and here is the remix. This particular remix is a dance remix, made for radio. Listen to the two versions of the song and listen for the differences. Right from the opening of the song you can hear the addition of a sample – “Raise your hands and dance”. This sample was taken from Hamilton Bohannon’s song “Let’s Start the Dance”.

Lorde’s Tennis Court is another example; listen to the original and then the Flume remix. In this case Flume added new synthesizer parts and beats to the piece rather than adding samples from other songs. When artists remix each other’s tracks like this it is a sign of respect.

As you can hear in these examples, there are many things that can be changed, added or removed to create a remix. The main elements are:

Legal information about remixing can be found here on the APRA AMCOS website.

When creating your own remix it is better to have the individual stems of the song. Stems (or multitracks) are the separate audio tracks for each instrument and vocal that makes up the song. This can often be impossible to get, but we are lucky enough to have the stems for an Australian song Call on Me by Late Night Hype (Ed Colman and Nick Van Wilder) featuring the singer M.E.L. You can listen to the full track here on Spotify.

There are 23 separate stems for this song; some are drum sounds, some vocals, some synthesizers etc. To get these stems email schools@artscentremelbourne.com.au.

The following steps will help you complete your remix.

The BPM is usually steady and unchanging for electronic music and can be identified with a metronome. There are many metronome apps and websites, for example here. With this online metronome you can tap along to the song with the spacebar and the metronome will match your speed. Check it’s correct by playing the metronome along with the beat of the song.

You can work out the key by playing chords along with the song on a piano or guitar. This is harder than the BPM and may take more time. Once you’ve worked out the chords, chart out the song and see if you can find the key.

For this song the tempo is 116 BPM (beats per minute) and the key is C major / A minor.

STEP 2 – Load the stems into a Digital Audio Workstation

Drag or import the audio files into the program you’ll be working in, for example Acid Music Studio, Logic or Mixcraft. Make sure the project tempo is set to 116BPM. It’s best to have snapping or grid turned on so when you chop up the loops - they chop on a barline or a beat. Also any other loops you might add will be in time with the rest of the song.

Sometimes a totally different sound can be created by cutting out particular instruments in a section, or rearranging them. Building up a section by gradually adding in parts is a well known technique of building interest or tension in a song.

You could record in some new parts or re-record some of the parts that are already there with another sound. Perhaps you could add a new vocal or new vocal harmonies. To begin with, stick with the chords and melodies that are there, but branch out once you become more familiar with the song. Adding percussion is always a good place to start.

The song will sound very different if you change the order of the chords. Be careful with this approach, as it may stop the vocal line from fitting musically. But who knows? Perhaps you’ll create something magical!

If you’re familiar with your digital audio workstation, try working with the dry vocals instead (vocals with no effects or processing on them). Try adding reverb, delay or chorus to the vocals to see how different they can sound. Chop them up too for various other effects.

Once the remixes are completed, export them as wav files, zip them up and send back to schools@artscentremelbourne.com.au. Late Night Hype would love to hear the best ones!

Late Night Hype are the latest dynamic electronic dance music DJ & production duo to come out of Australia. The larger than life duo have a positive and quirky outlook on life whilst still maintaining a primary focus on their music. Music for Late Night Hype always remains front and centre. The Late Night Hype artistic palette combines the creative strokes of Ed Colman and Nick Van Wilder. Arriving in Melbourne from the UK in 2005, Ed took little time to establish a prominent role in the local dance community and served residencies in many major clubs and festivals before establishing, producing and hosting what became one of Australia’s longest running top rating dance radio show, The Drop on the Austereo network. On the flipside, and never too far from his guitar, Nick Van Wilder’s extensive knowledge and passion for funk and disco contributes to an endless pursuit for melodic and harmonic perfection. After suffering a major car accident over a decade ago, Van Wilder’s endless passion for music, quality of life through exercise, healthy eating and his nomadic nature provides a limitless amount of inspiration. This creative DNA enables the duo to produce easy listening vocal driven electronic dance music that looks to interpret life’s painting.