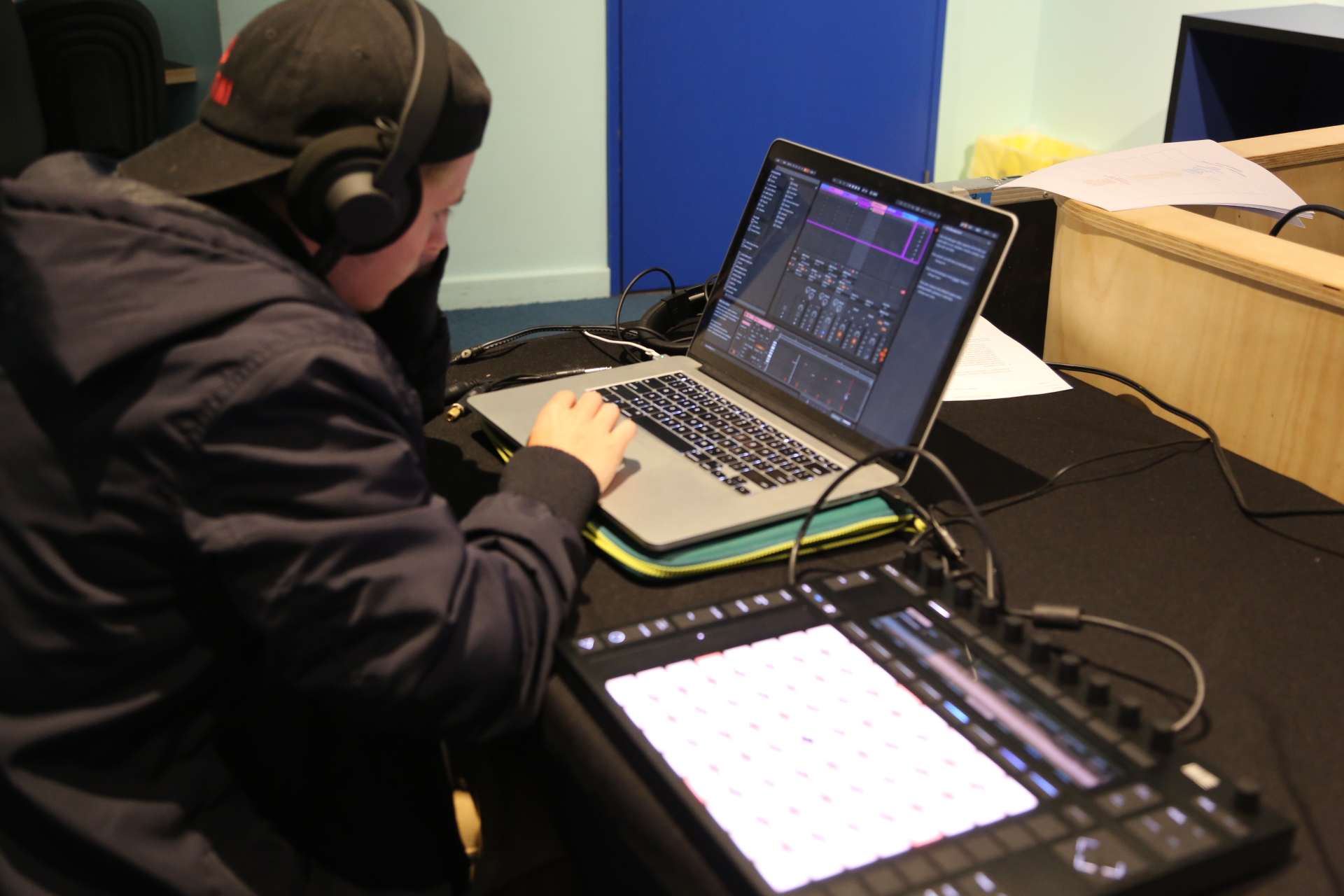 TASK 1 – BUILDING A BEAT WITH LOOPS

Hip hop beats are often made up of short, cyclic sections of music called loops. These loops might go for a length of 2 bars, 4 bars, 8 bars or longer. The loops are put in a specific order to create the different sections of the song – for example, the intro section might have no drums, while the chorus might introduce extra layers of instrumentation to make it sound more impactful.

Listen to this snippet from the instrumental version of Combat Wombat’s song Asylum, taken from their 2017 album Just Across The Border.

Using a beat-making program such as GarageBand or Logic, try putting the loops in order to recreate the arrangement of the song. (You may need to refer back to the original reference track if you’re unsure). The tempo/BPM for the track is 95 BPM (Beats Per Minute).

Hint – the loops will not end up in alphabetical order.

Once you’ve done that, try putting the loops in a new order or repeating different sections to create a completely new arrangement of the song.

Have a listen to other peoples’ versions to see some of the different ways the same loops can be put together.

MC’s will generally decide on a beat before starting to work on lyrics. This is because the beat will have a particular pace, rhythm and mood, so it’s important the MC’s lyrics reflect these elements. Listening to the beat before starting on lyrics will help the creative process, giving the MC rhythmic and emotional cues to follow when developing ideas for the song.

Write a short rap verse using the beat you created in the previous task. Try to come up with lyrics that complement the mood of the song.

Hip hop culture originally consisted of four “elements”, which together covered some of the broad styles and components of hip hop.

The four official elements of hip hop are: 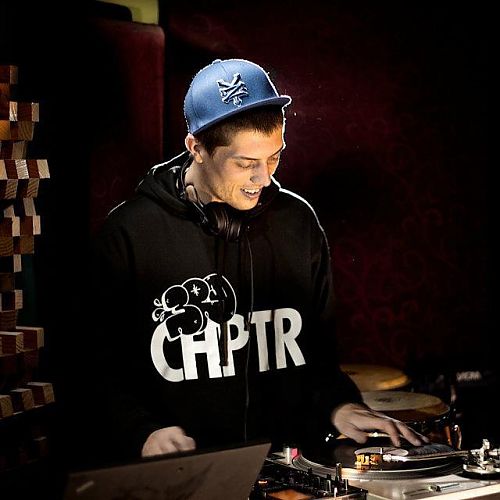 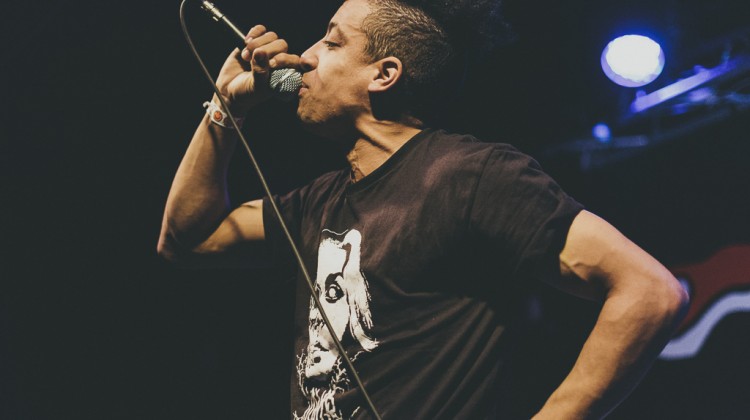 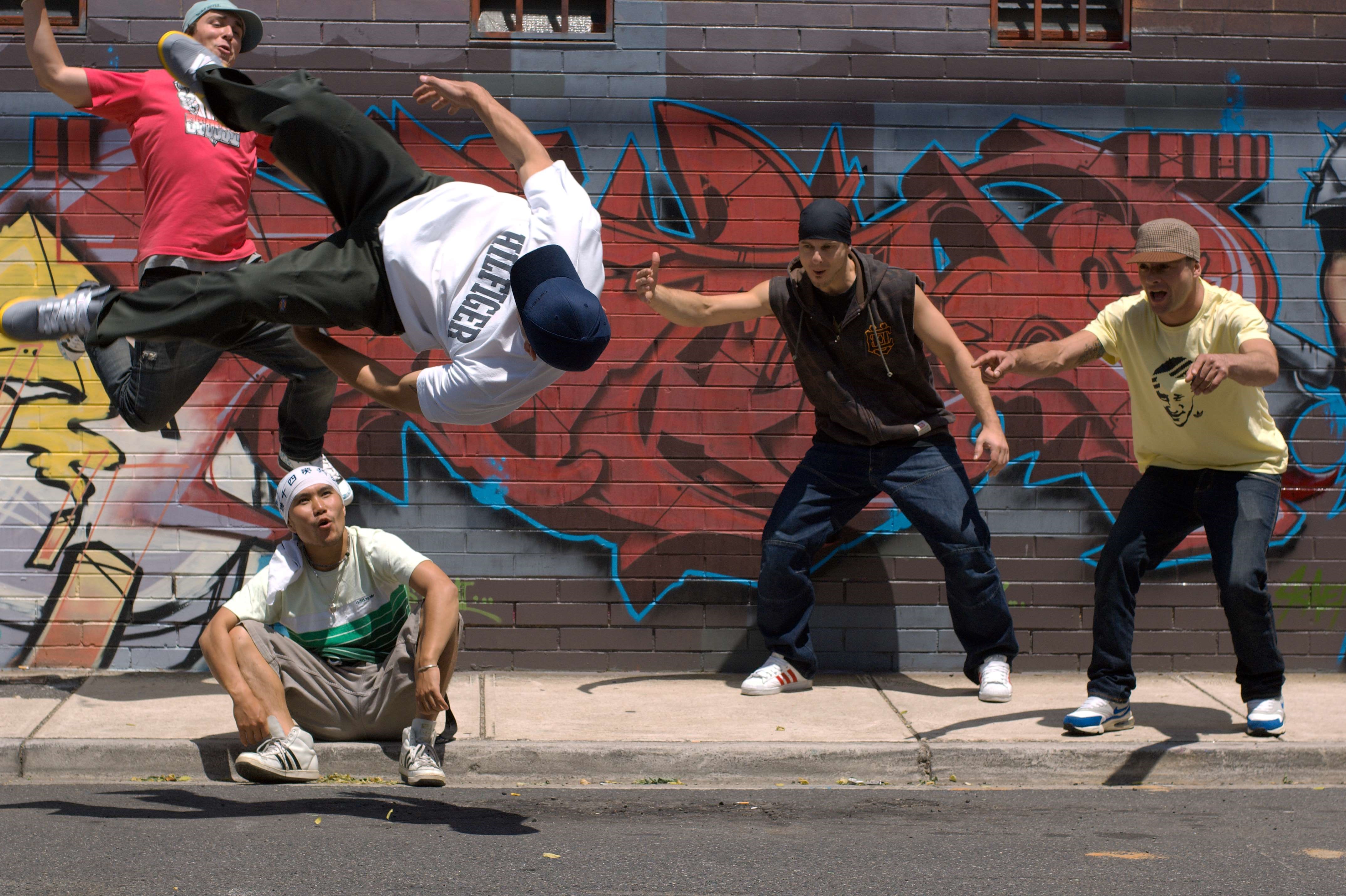 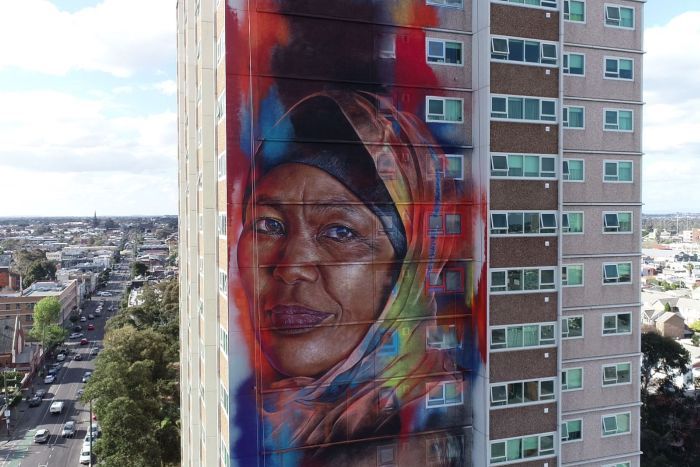 The number four can also be helpful when writing hip hop music. Nearly all hip hop songs are in a 4/4 time signature, which means there are four beats in each bar of music. Simply put, the music is counting to us in groups or cycles of 4. This is usually most noticeable in the drums. A basic hip hop drum beat will have the bass or kick drum playing on the 1 and 3 counts, while the snare drum plays on the 2 and the 4.

Infamous and avant-garde Melbourne crew Fortnight Productions released this entertaining video in the early 2000’s breaking down their process for making a slammin’ hip hop beat.

The exact rhythm of the drums will vary from track to track, but the 4 counts will generally still be there. Even when a song has no drums in it, this count of 4 will still be audible, often in the rhythm of other instruments or audio samples. MC’s use this rhythmic guide to decide on how best to deliver their words over the track, like a map that can be followed to help keep the artist’s lyrics in time with the music.

Aaron Choulai’s song Why Must It featuring Mantra is a good example of following the 4 count without a constant drum beat.

When you’re writing your lyrics, try rapping them out loud to test how they sound over the beat. Are they fitting within the counts of four? Are they too fast? Too slow? Sometimes you may have to add or subtract words to help your lyrics fit better within the timing of the beat. A good rule to use when getting started is – one line of rap should fit inside one count of four. Putting your rhyming words at the end of the line - on or near the 4 count – can be a good way to break up the lines and keep the listener engaged.

These lines are taken from the classic Beastie Boys track, “Intergalactic”. Notice how the 1, 2 and 3 counts are in different spots each time, but the rhyming word always lands on the 4.

Well, now, don't you tell me to smile

You stick around I'll make it worth your while

Hip hop and rap are powerful ways to speak your mind and create a positive message. Many of the greatest hip hop acts of all time have created their material by responding to social issues. In Australia, issues such as racism, treatment of asylum seekers, family violence and climate change are often addressed in hip hop songs.

In order to confidently speak out on these kinds of issues, it’s important to do some research and build a basic foundation of knowledge.

Find 3 articles relating to a particular social issue. Read the articles and consider whether this social issue could be the basis or inspiration for a hip hop track. Present what you’ve learned to your class group for discussion and feedback.