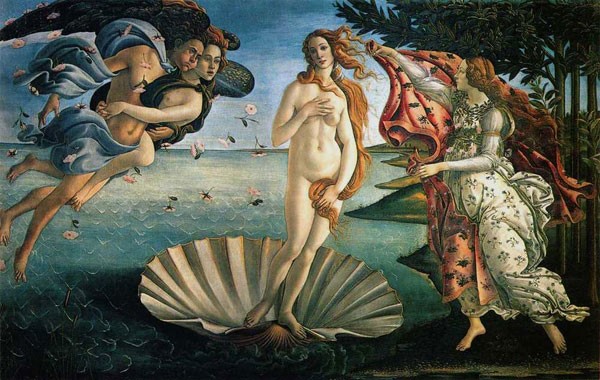 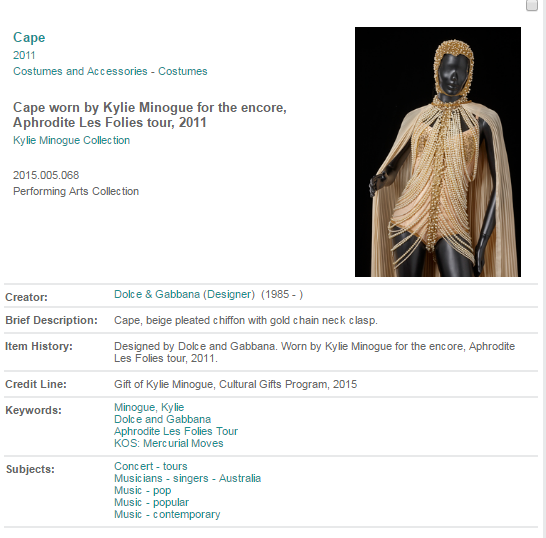 In this painting of Venus (Aphrodite), also by Botticelli, the goddess is clothed in a white flowing gown with gold trim, which portrays her as very feminine and angelic. You can see how this portrayal of Aphrodite has influenced the costume below, again designed by Dolce & Gabbana, with the colours and flowing material highlighted in the costume design.

Venus and Mars by Sandro Botticelli, 1485.

This costume also makes references to historical Roman costumes, in particular the winged helmets (Galea), breast plates, and leather strapped sandals worn by the Gladiators. Dolce & Gabbana might have chosen to add these ‘warrior’ costume elements to show an element of Kylie’s own personality – she is feminine and beautiful, but also strong and has a fighting spirit. 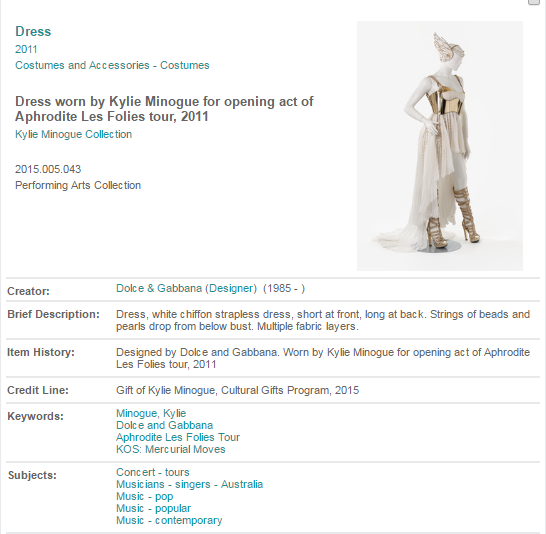 Have a look at Kylie Minogue’s costumes in the Collection. Do you have any ideas where the inspiration for these designs may have come from? You can research the artist, costume and designer online to help you put together a ‘design map’, or annotated image, of ideas that went into these designs. Remember that ideas for costume designs don’t always have to come from works of art like the examples above. Ideas and inspiration can come from films, history, gaming, pop culture, music, nature ... anything really! 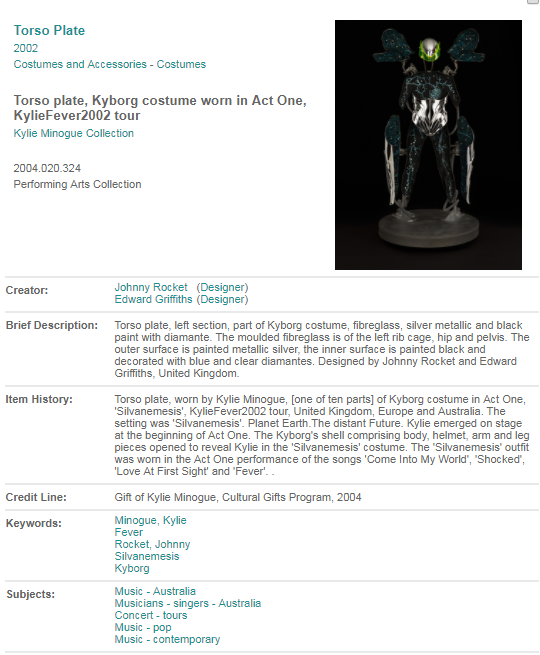 Kylie Minogue’s Torso Plate of Kyborg costume in Act One of the KylieFever2002 tour. Courtesy of the Australian Performing Arts Collection. Designed by Johnny Rocket and Edward Griffiths. 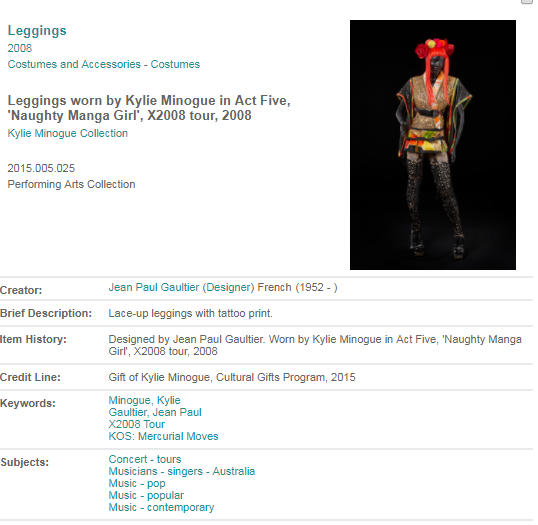 Choose a band from the Australian Performing Arts Collection to design a poster for. Undertake some online research to find out about the band’s history and background, and listen to some of their music. It is important that you have a good understanding of the style of the band before you start designing their poster.

Your brief is to design a poster advertising the band’s upcoming show. The details of the show are:

There are some basic design principles you need to consider when you put your design together:

1. Make it easy to read from a distance

Most of the time posters are viewed from a distance, as people walk or drive past them, which means people are unable to stop to look at fine detail. As a designer, you have to make it easy for people to get the information quickly and clearly. The main pieces of information that need to be seen clearly are: the name of the band, the venue, and the date of the show.

3. Use one big visual

If you’ve got an image you’re keen to use, try scaling it up to fit the entire poster frame – how does that look? One dominant image often looks better than a lot of smaller images. You could also use large-scale text to achieve a similar effect.

Leaving some areas on the image with no text or image is a good idea – too much going on in a poster design can be confusing and look too busy.

5. Create interest with your use of fonts

Using different fonts can be an easy way to grab attention. You can have text going in different directions, or use the letters to create interesting shapes. The most important thing is that it is still easily readable though!

6. Have fun with your design

Making band posters is one of the most fun design tasks. Let your imagination run wild.

Design your poster using a free online photo editing tool such as www.fotor.com